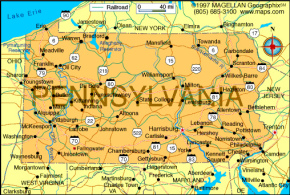 The future of gaming expansion in Pennsylvania—including legalization and regulation of online gaming and daily fantasy sports—is now in the hands of the state House of Representatives. The state Senate passed a package of legislation that would legalize iGaming, tablet gaming at airports and other expansion measures, and would replace the local-community host fee declared unconstitutional last year.

One of the first issues for House members to attack will be the high taxes and fees in the Senate measure, not the least of which is a 54 percent revenue tax on online slot and table games, which has been called unworkable—and which has operators saying they will not seek an iGaming license.

However, several other issues have appeared that could be roadblocks to Pennsylvania passing the gaming expansion bill. House members are still divided on the issue of allowing video gaming terminals in bars and taverns—missing from the Senate bill but a prospect very much supported by House members to bring new money to their districts, and to generate revenue from an activity they say is already going on with gray-area machines in bars.

“There’s many different opinions on this,” House spokesman Steven Miskin said. “You have some of the members looking out to the tavern owners to basically legalize something that’s already happening.”

The state’s current casinos—as well as the lawmakers in whose districts they sit—are vehemently opposed to VGTs in bars, seeing it as unwanted competition to their current properties.

Another area of contention is the casino industry’s percentage of revenues going to subsidize the horseracing industry—present from passage of the original casino law, which was officially titled the Pennsylvania Race Horse Development and Gaming Act.

Supporters in the legislature point to the jobs and economic benefits generated by horseracing, but many lawmakers want to end the subsidy, which they consider pumping money into a dying industry.

“There may be some who profit or benefit from the subsidy, but that’s not the government’s job to pick winners and losers,” state Rep. Todd Stephens told Watchdog.org.

Stephens is among the lawmakers pushing to end the Pennsylvania Race Horse Development Fund, into which casinos pump around $250 million annually, used to augment purses and support breeders. A total of $2 billion in subsidies have gone to racing since the first casino opened in late 2006, but the number of live races, the money wagered and the number of competing horses all have declined.

“Almost every measurable outcome in the industry is down,” Stephens told Watchdog.org.