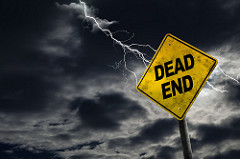 In a bad sign for Pennsylvania’s plan to increase revenues with satellite “mini-casinos” tied to current licensees, last week’s auction by the Pennsylvania Gaming Control Board of a license for a satellite casino was the second such event to pass with no bidders.

Category 4 mini-casino licenses, created with passage of the state’s November gaming expansion bill, authorize up to 750 slots for a minimum bid of $7.5 million, with up to 30 table games authorized for an additional $2.5 million fee. The first license auctions were open only to current land-based Category 1 (racino) and Category 2 (large stand-alone) casino licensees, and at first, it appeared the new licenses would be very expensive—Penn National Gaming won the first license, in a defensive move to protect its current land-based property outside of Harrisburg, for a bid just north or $50 million.

Bids shrunk from there, and after no bidders emerged for the fifth license, Penn won its second license with a bid just $3 over the $7.5 million minimum. Last week’s auction was opened to smaller Category 3 resort casinos as well as the larger licensees.

With no bidders at last week’s auction, the Pennsylvania gaming board could opt to make the next auction open to out-of-state operators and other entities without current licenses in the state. Or, regulators could decide to fold the program with the five successful bids, and their total of $127 million in fees to the state.

The semi-weekly auctions had been slated to continue through May 16.