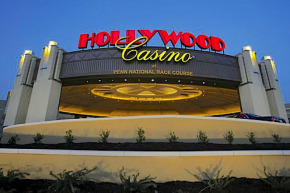 William Hill US, a subsidy of UK-based bookmaker William Hill, is running the sportsbook at the site, which is near Harrisburg and about 100 miles northeast of Philadelphia, according to Sports Handle.

The sportsbook held a “live wagering test day” on November 15 to ensure that staff and betting equipment complied with state regulations. Additional testing was held the following day, and the Pennsylvania Gaming Control Board authorized the site to open at 10 a.m. on Saturday, November 16.

Sports betting in Pennsylvania is projected to be a big business in the state, even though licensed operators are taxed heavily. An Eilers & Krejcik Gaming study predicts that $12 billion will be wagered annually in Pennsylvania.

Mobile betting is legal in Pennsylvania, but is not yet available to bettors. Penn National officials said live sports betting via desktop computers and mobile apps could be available by early 2019.

The first weekend for legal sports betting in the state may not have been a lucky one for football fans betting on Pennsylvania’s NFL Teams. While the Pittsburgh Steelers beat the Jacksonville Jaguars 20-16, the Steelers didn’t cover the 5.5-point spread, according to Sports Handle. Defending Super Bowl champs Philadelphia Eagles played the New Orleans Saints as an 8-point underdog, but lost 48-7.