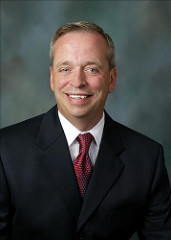 Flat results for February from Pennsylvania’s 12 casinos could boost the efforts of state House and Senate gaming committees to forge omnibus gaming legislation that would legalize online gaming and daily fantasy sports, expand gaming with casino games on tablets at airports and possibly VLTs, and replace the local-host fee struck down last fall by the state Supreme Court.

Gaming revenue for February was $258.6 million for the state’s casinos, a year-on-year drop of 3.7 percent. Flat slot revenues were the biggest culprit, decreasing for the fifth straight month.

The results have placed new emphasis on gaming expansion, as the state Senate introduced its third expansion bill into the mix of gaming legislation being considered by both chambers of the General Assembly. The latest measure, SB 524, would legalize online gaming, iLottery and daily fantasy sports, authorize a multi-state progressive for the casinos, and provide for regulation of skill-based slot machines. It also would authorize tablet gaming at major airports in the state.

The bill also would reinstate the local-share fee for casinos at a flat $10 million annual payment by each Category 1 (racetrack) and Category 2 (stand-alone) casino.

The largest difference in SB 524 from other bills is higher taxes and fees. The bill would set a 25 percent revenue tax for iGaming and DFS, compared to 14 percent in current House legislation. It also includes a larger licensing fee for casinos to conduct online gaming—$10 million, compared to $8 million in previous bills, along with a $5 million fee for vendors such as platform providers, compared to $2 million in other legislation.

Meanwhile, state lawmakers in favor of controversial legislation to add video gaming terminals to taverns and other establishments with liquor licenses are joining in the debate on gaming expansion. There has been a push to license, regulate and tax machines currently operating in the gray-area world. Rep. Mark Mustio, who sponsored failed VGT legislation last year, plans to introduce similar legislation soon, seeking to authorize up to five machines at each of thousands of establishments across the state.

Mustio and other promoters of VGTs are modeling their legislation after the 2009 VLT bill in Illinois. Such measures have been opposed strongly by the current 12 casinos. Mustio, however, estimates full implementation of VLTs—there are around 12,000 liquor license holders in the state; estimates are that as many as 8,000 would add VGTs—would generate $1 billion in annual revenue with a tax rate of 30-35 percent.

Mustio’s bill would set a maximum payout of less than $1,200, the trigger point for issuing an IRS W2-G form to the winner.

Expansion with VGTs, however, is not likely to survive as part of an omnibus gaming bill. Inclusion of VGTs was one of the factors leading to the ultimate failure of gaming expansion to pass in last year’s session of the General Assembly.