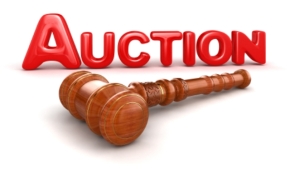 The Pennsylvania Gaming Control Board last week released the schedule for auctions to be held for licenses to operate the 10 Category 4 satellite casinos approved in the state’s new gaming law.

Current casino licensees get first crack at the licenses, which authorize a facility with a maximum of 750 slots and 30 table games, in a location that is not within 25 miles of any existing casino. The minimum bid for a license is $7.5 million.

The initial round of auctions will begin at 10 a.m. on January 10 at the gaming board’s public hearing room in Harrisburg. The second auction will be January 24, followed by two auctions each in February, March, April and May, with the final auction to be held May 16. (The complete schedule is available at the board’s website, gamingcontrolboard.pa.gov.) Licenses not awarded to current land-based casino licensees will be bid out to the general public.

Meanwhile, municipalities across the state are scrambling to meet the December 31 deadline to pass resolutions to ban the mini-casinos in their jurisdictions. As of press time, nearly 200 municipalities statewide had chosen to opt out of the program. The majority of municipalities on the opt-out list are in Eastern Pennsylvania, with Lancaster Chester Counties having the most, at 30 and 24, respectively.

(As December 31 is a Sunday, the actual opt-out deadline is Friday, December 29.)

“This auction process is entirely new in awarding casino licenses, so seeing 200 thus far is something that we’re processing, and obviously we’re going to see more passes,” Gaming Control Board spokesman Doug Harbach told TV station WHYY. “Even with this number of opt-outs, there certainly is a good bit of territory that these casinos could be located in.” There about 2,600 municipalities in Pennsylvania.

Among the more prominent municipalities opting out of the mini-casinos is the city of Philadelphia, where the city council last week voted the satellite facilities down in a preliminary vote. The lawmakers also voted to opt out of the provision of the new gaming law allowing slot machines at truck stops.

In other developments last week, the town of Gettysburg, predictably, voted to ban the satellite casinos, joining 22 other municipalities in Adams County, and the Erie County Council also gave the thumbs-down to mini-casinos.