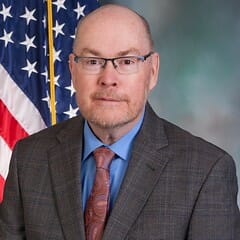 The Pennsylvania Gaming Control Board has approved a motion to restart auctions for the remaining five licenses to build Category IV satellite casinos, or mini-casinos.

The new effort was approved under a provision slipped into a budget bill signed into law last month by Pennsylvania Governor Tom Wolf.

Category IV casinos, created by the state’s massive 2017 gaming expansion law, are satellite facilities to current casino licensees, limited to 750 slot machines and 30 initial table games, with the right to add 10 more tables as business requires. The law requires they be no less than 25 miles from a current casino.

The 2017 law created 10 casino licenses to be granted by competitive bid with minimum bids of $7.5 million. The first few licenses awarded, which were purely defensive moves by current licensees, went for big money. Penn National Gaming paid $50.1 million for the first Category IV license, to build a mini-casino in York.

The second license went to Stadium Casino LLC, owned by Baltimore-based Cordish Companies, which is currently building Philadelphia’s second casino under the Live! brand. Stadium shelled out $40.1 million for the right to build in Greensburg, Westmoreland County, in the space of a shuttered Bon Ton department store in the Westmoreland Mall.

The prices plunged from there, with Mount Airy Casino winning a facility for Lawrence County for $21.8 million; Parx Casino paying $8.1 million to build in Shippensburg, Cumberland County; and finally Penn National snapping up a license to build in Lancaster County for $3 over the $7.5 million minimum.

Penn was the sole bidder for the fifth license, granted in April 2018. The sixth license drew no bidders.

Last week, the board approved new auctions for the remaining licenses to begin September 4 and to be concluded by December 31. Pennsylvania state Rep. Jim Marshall, chairman of the House Gaming Oversight Committee, told the Associated Press lawmakers moved to restart the auctions to test the appetite out there among operators for new capacity—and if not, the state will shelve any plans for new satellite casinos.

“It’s very limited,” Marshall said of the auction. “It’s for a limited time, it’s a one-time offer. If there’s speculation that there’s interest, we are going to find out if it’s real and if not, that auction period will close and that will probably be it.”