HomeThe ShufflePennsylvania’s Online Lottery Off to a Strong Start

Pennsylvania’s Online Lottery Off to a Strong Start 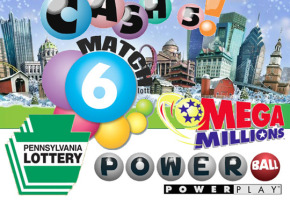 The Pennsylvania Lottery’s instant-win online tickets are drawing large numbers of players and wagers, only a couple of months since its launch.

The lottery, still in its soft-launch phase, reports 45,000 players set up online accounts during its first month, and the players wagered $21.6 million. The online lottery games brought in $2.9 million in revenue, even though it only offers about a dozen games, according to Online Poker Report.

Comparatively, Michigan’s online lottery, considered the U.S. online lottery “gold standard,” according to the report, offers 58 instant-win games, online draw games, pull tabs and keno. It took the lottery from its launch in August 2014 until January 2015 to register 87,000 accounts and generated $3.7 million in revenue. By fiscal year 2017, the Michigan lottery had $77.9 million in net online profit.

Pennsylvania could have monthly lottery sales of $100 million, if it can replicate Michigan’s growth, according to Online Poker Report. Pennsylvania has a few things going for it:

However, Pennsylvania’s success isn’t without controversy. Twelve of the state’s casinos sent a letter to Governor Tom Wolf, asking him to shut down the state’s online lottery. They claim the instant-win tickets are essentially online slots, which are prohibited by Pennsylvania’s iLottery law.

Another issue of contention is the age requirement for playing online lottery games is 18, while betters will need to be 21 to play at online casinos.