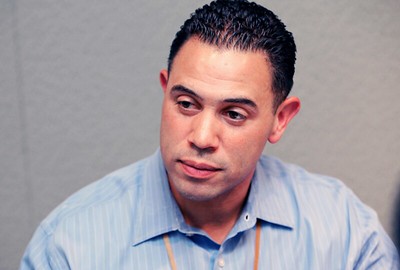 Rodney Butler (l.), Mashantucket Pequot tribal chairman, has accused Connecticut lawmakers of procrastinating on the sports betting issue. Both the Foxwoods and Mohegan tribes want exclusive rights to offer sportsbooks in the state.

Butler says Governor Ned Lamont and other officials are dragging their feet because they don’t want the two tribes to have a monopoly on sports betting, which is already legal in Rhode Island and New York State.

Butler maintains that $80 million in revenue could be generated from sports betting in the state. He argues that after discussing the issue for three years, it’s now time for lawmakers to act.

Only Foxwoods and Mohegan Sun offer gaming in Connecticut. Both been given the go-ahead by the state to build a third commercial casino in East Windsor, but due to a ferocious rear-guard action by MGM Resorts, that has so far not been built.

The issue of sports betting has become entangled with efforts to build a commercial casino in Hartford, the state’s largest city.

The tribes insist that their existing state tribal gaming compacts, originally signed in 1991, guarantees their monopoly on any form of gaming, including sports betting. Butler says if the state breaches that agreement, both tribes can withhold their 25 percent payments of slot revenues to the state.

Lamont and the tribal chairmen have met a number of times to try to work out an agreement; some see the upcoming special legislative session in September as a possible opportunity to reengage.

Tensions between the tribes and Lamont rose in June when the casinos reopened despite Lamont’s misgivings. Butler wants to set all that aside and come up with a workable agreement that will put money into both state and tribal coffers.