HomeThe ShufflePGA Championship Tees Off With McIlroy the Favorite

PGA Championship Tees Off With McIlroy the Favorite 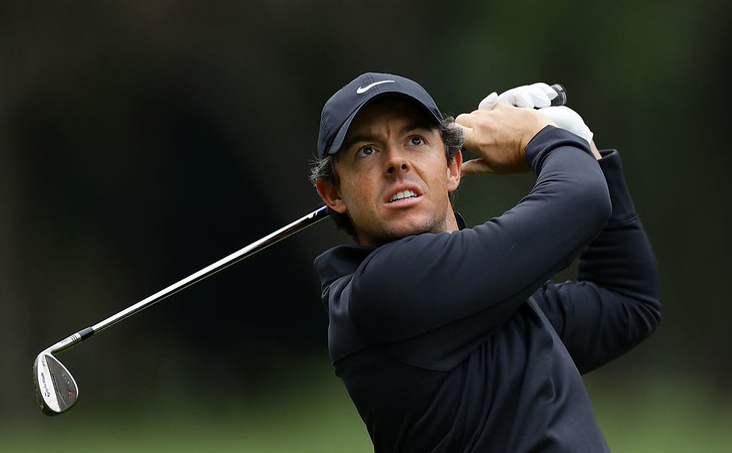 Golf’s second major, the PGA Championship, begins Thursday. Rory McIlroy, who won the event when it was last held there, in 2012, is the favorite this time, at +1100.

Golf’s second major, the PGA Championship, begins Thursday at the Ocean Course at Kiawah Island, South Carolina. Most sportsbooks have Rory McIlroy as the favorite to win at +1100. McIlroy also won the event in 2012, when it was held at this course.

In addition to betting on this week’s winner, take a look at some of the proposition bets on offer at sportsbooks such as BetMGM, PointsBet, BetRivers, Caesars, William Hill, and Golden Nugget.

Odds to Win the PGA Championship

One of the more popular side wagers: Who will lead after Thursday’s first round? Again, Golden Nugget has McIlroy the favorite at +2200. In last year’s event at San Francisco’s Harding Park, Jason Day and Brendon Todd tied for first after the opening round. Day ultimately finished tied for fourth, while Todd ended up tied for 17th. 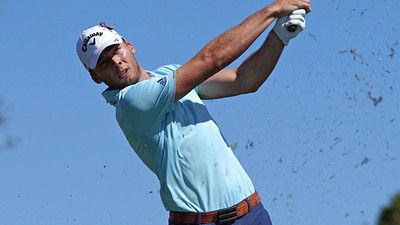 So the first-round leader rarely goes on to win the event. Brooks Koepka did it in 2019, but only six others have done so. In this case, it may be smarter to pick a golfer who could start out fast, then falter a bit. In other words, here’s your chance to pick a golfer with some long odds.

For instance, Sam Burns (l.) was red-hot in his last two events. He finished second in last week’s Byron Nelson, and won the Valspar Championship the week before that. He’s at +5000 to be the first-round leader.

Another one to consider: Jordan Spieth, at +2500. He opened the Byron Nelson with a 63, and captured the lead on the first day. Spieth might also be a solid pick to win this one, at +1400. He finished in the Top 10 in his last three tournaments, and won the Texas Open in April.

Get PGA Top 10 Insurance at PointsBet.com. That’s right, you’ll get up to $25 back in Free Bets when you place an outright winner bet on the PGA Championship and your player finishes 2nd – 10th! 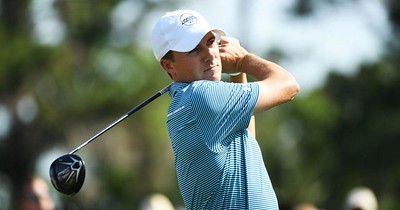 If you don’t want to pick a winner, take a prop bet on a contender to finish in the Top 5, 10 or 20. It’s a safer bet, and obviously has lower odds.

Those odds might not be attractive for McIlroy, but they make it worth your bet to go further down the odds board. For instance, gamblers might shy away from Johnson to win at +1800. But at +200 to finish in the Top 5, he might be a more logical choice.

With this bet, another golfer to look at is Spieth. He’s +300 to finish fifth or better.

PlaySugarHouse just made Mondays better. Just log in Every Monday at PlaySugarHouse.com, and you’ll get a 20% Profit Boost for any Live Bet! 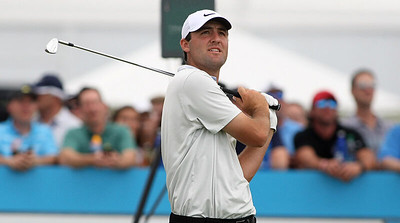 In this PGA Championship, Spieth is part of another prop bet that should be looked at in Group Play. Check in at BetRivers (link), which has put five golfers together. It’s up to bettors to pick which of the quintet they think will finish highest.

The most intriguing of these wagers might be Group E. Scottie Scheffler (l.) is the favorite at +275. The last of the five is Burns at +400. And the way the 24-year-old is playing, he might be a great dark horse selection.

Another way to finish up your betting card on is the more unique prop wagers. One of the more interesting ones is the nationality of the winner. Americans come in as the favorites at -150, with the English next at +800.

Want to bet on a golfer to lead for all four rounds? That has a +1200 payoff, and if you’re backing McIlroy, it might be worth a flyer. The Irish golfer has the third most wire-to-wire finishes with two, behind Ray Floyd with three, and Tiger Woods with four.

For the aces in golf insights, subscribe to iGamingPlayer below.