PGA Golf: Messing with the Majors 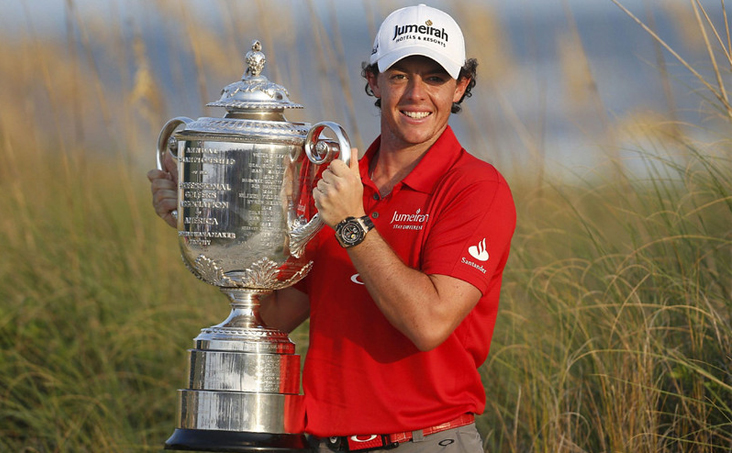 The first of this season’s three golf majors kicks off on August 6 with the PGA Championship in San Francisco. The favorite is Rory McElroy (l.), but who else should you consider when betting on the PGA?

In this strangest of sports years, the PGA Tour was not ignored as the majors were reshuffled early in the coronavirus pandemic.

The April Masters Tournament will now be contested in November, so forget those blooming azaleas and count on a beautiful fall display of leaves in the Georgian fall. The U.S. Open was moved from June to mid-September at the same location, the Winged Foot Country Club in Mamaroneck, New York. Which leaves the PGA—moved from mid-May to August 6-9—as the first major, when for many years it was the final one. As for the Open Championship, it was simply cancelled.

If you love to bet on the majors, all this reshuffling presents both challenges and opportunities. The PGA will be held at TPC Harding Park in San Francisco. While it’s never led off a season, we’ll be almost two months into the new post-lockdown restart, so we’ve got a pretty good idea who’s playing well and who isn’t. But then again, for majors, you always have to figure in the extra motivation that comes with a major win. No great golfer’s resumé is complete without a major, and many great golfers get up to add yet another notch to their belts.

PalaCasino.com offers a $25 welcome bonus, no deposit required. Now that’s a hole in one! New players only.

There were some very good players early in the year, pre-Covid. But some of them have faded, and we’re going to rely on the hot players after the restart in mid-June. 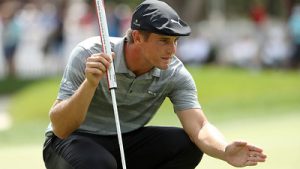 Probably the hottest has been Bryson DeChambeau (l.), the beefed-up throwback with the jaunty hat. DeChambeau is one of golf’s great technicians. He had three Top 10 finishes before winning the Rocket Mortgage Classic in Detroit in early July. Although he missed the cut at the Memorial Tournament, during the lockdown DeChambeau hit the gym hard, adding 40 pounds of muscle. It paid off with the longest drive in PGA history, a 350-yard bomb in Detroit. DeChambeau is 11-1 at the PGA.

Tiger Woods, who holds the second-longest drive at the 2005 U.S. Open of 340 yards, is in awe of DeChambeau.

“He’s hitting it further, but let’s look at the fact that he’s hitting it as straight as he is,” said Woods. “That’s the most difficult thing to do. The further you hit it, the more the tangent goes more crooked, more along this line.”

Spaniard Jon Rahm won the Jack Nicklaus Memorial in mid-July, and became the No. 1 golfer in the world for the first time. Rahm is known for his passion, which can cause trouble in pressure-packed situations. His emotions sometimes get the better of him, but that can also work in his favor. Be wary of betting on him, because of those mood swings. Rahm is 12-1.

Web Simpson has one win under his belt in 2020, but also has 7 Top 10 finishes. Can’t get much hotter than that. Same goes for Gary Woodland, who has no wins and is also bereft of any major championships. Could it be his time? He’s a great value at 30-1.

It’s time to double down at BetAmerica.com! Create your wagering account, and Bet $50 to Get $50 (a 100% match on your first sports bet). Get your welcome bonus today. 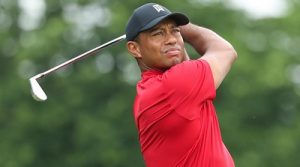 OK, where else do you start besides Tiger Woods? With 15 major championships, just three short of Nicklaus in golf history, Woods is legendary for getting up for majors. If this were the Masters, you’d have to consider it, particularly since he was victorious in Augusta in 2019. He’s won the Masters five times.

But this is the PGA. Woods has won four times, but since he won last year’s Masters, his performance at the other three majors was pretty dismal. And his few appearances this year have been, let’s say, less than inspiring. Even getting Woods at 20-1, he’s overvalued.

You have to start with Woods, but three-time major champion Rory McElroy is the PGA favorite. He’s been playing very well in limited appearances since the restart, and he’s one of those golfers who really gets motivated for the majors. Rory leads the field at 10-1.

But one golfer who stands above the rest when it comes to getting it up for the majors, especially the PGA, is Brooks Koepka, who’s won the last two PGAs. Ordinarily, he’d be at the top of the favorites, but the 30-year old has been battling a knee injury all year. He admits he’s still not 100 percent, and has only one Top 10 finish since the restart. But he’s a sentimental favorite at 17-1.

Dustin Johnson won his 20th PGA Tour event a few weeks ago, so you certainly can’t count him out. But three weeks later, he almost finished last at the Memorial, so his game’s up in the air. A bit overvalued at 15-1.

And who can’t feel for Phil Mickelson? The venerable lefty has been struggling this year, but has won five major championships, including the PGA in 2005. His motivation comes from the heart, so maybe he’s a steal at 90-1.

As mentioned earlier, one of the great motivators to winning a major is that it puts you on the map in the golf world. No matter how many PGA Tour events you win, you’re still not considered great until you win a major.

Of the list we’ve just gone over, DeChambeau, Rahm and Finau are in that category, and you can make the case that it’s almost inevitable that one or all of them will break through at some time.

But there are few who can vault over those three a earn a place in golf history with a win at the PGA. 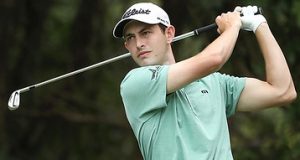 Patrick Cantlay (l.) has been red-hot recently. He was the top amateur in the world until a broken back and the death of his best friend derailed his career. But he’s come roaring back and has some quality finishes this year. He’s a solid bet at 18-1.

Englishman Tommy Fleetwood had 5 victories on the European Tour and finished second at the U.S. Open last year. He’s ranked No. 10 in the world, and is a great bet at 35-1.

Xander Schauffele finished second last year at both the Masters and the U.S. Open. In 11 majors, he’s finished in the Top 6 in five of them. He’s won four PGA Tour events and has been red hot in 2020. He was leading the Workday Charity until two putts lipped out on 17 and 18, sending him to defeat. Even at 25-1 he’s a good bet.

Hideki Matsuyama is clearly the best Japanese player ever and could become the first to win a major. He’s won five times on the Tour and it’s hardly inconceivable that he could compete in the PGA. The oddsmakers agree and give him a 33-1 chance. 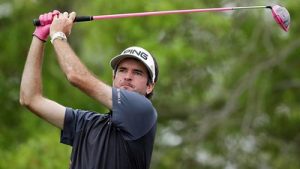 There’s no one like Bubba Watson (l.) when it comes to emotions on the course. He’s not the most well-liked golfer out there, but he gets the job done. He’s got 12 PGA Tour wins and can shape a shot like no other golfer. He’s 80-1 and a good chance.

Abraham Ancer has yet to win any event on the Tour, but it’s not unheard of that such a player could win a major. He’s been playing well for the last two years and has three top-10s this year alone. He’s 65-1, a pretty good bet for a player ranked 15th in the FedEx Cup.

Matthew Wolff has gotten a lot of attention since he played in a charity event with Dustin Johnson, Rory McElroy and Jon Rahm in May. Most people thought, “Matthew who?” But he proved he could strike the ball well, and some experts think he’s very underrated. At 90-1, he’s worth a shot.

Ryan Palmer has been playing some great golf since the restart. No relation to the Palmer legend, but he’s been teasing the top all year, finishing second to Rahm at the Memorial. And at 200-1, a victory could be a major payday for even a small bet.

Once the WGC FedEx St. Jude Invitational is over this weekend, the prop bets for the PGA will go up.

Don’t forget those fast starters who leap out into an early lead. The leader on Day 1 is always an interesting bet.

Don’t forget the head-to-head matchups as well. Since Tiger Woods is in the field and not playing well lately, keep an eye out for the head-to-head players he matches up with. Could be an interesting wager.

So the race to the FedEx Cup—way overrated in my book—becomes secondary whenever a major is played, but the two will be running neck-and-neck to the finish line in September, right before the U.S. Open is contested.