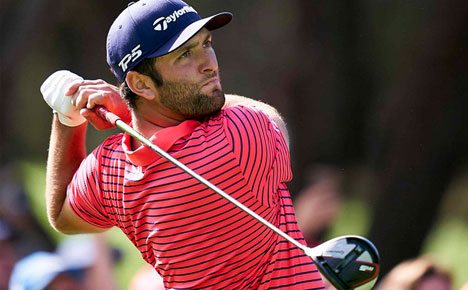 The World Golf Championships Match Play is a one-of-a-kind event on the PGA Tour, and holds several surprises throughout the five-day event.

The PGA Tour is having its own version of March Madness this week with the World Golf Championships Match Play at Austin Country Club in Texas. It’s a limited field event that offers the top 64 golfers in the Official World Golf Rankings the chance to play the unique format.

The 64 golfers begin in groups of four, then play everyone in their group. Play began Wednesday. The highest finishing golfer in each of the 16 groups moves on to a single-elimination format that begins Saturday.

This is one of the more unique events, but is difficult to handicap. Anything can happen in match play, and often does. We take a look at who will move on from the pool play, and who might have a chance to win the Round of 16.

At BetMGM, score up to 40% more in profits with Parlay Plus. Just place a 4-7 leg parlay on any combination of sports or events. If it wins, the bonus is yours.

Rahm’s Tough Road to Next Round 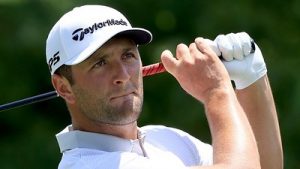 Jon Rahm is the No. 1 golfer in the world, but unlike top seeds in the NCAA Tournament, he doesn’t get patsies to trounce. The Spaniard instead has to face Cameron Young, Sebastian Munoz and Patrick Reed. Young, a rookie, has played well so far in his inaugural season, finishing with a pair of T2s and three other Top 20 finishes. Munoz, from Colombia, has only played the event once, and failed to get out of pool play. Reed is the biggest problem for Rahm. He’s had success in match play, especially in college, but has also advanced from the Round of 16 twice.

Rahm is the co-favorite at +1600 to win the event, but will have to tame a fickle putter if he is going to have any success. He’s gotten out of the Group State two out of four times.

Get into the action. Sign up to play at Hard Rock Sportsbook, place your first sports bet on your favorite team, and you’re eligible for a 100% Bet Match up to $100. 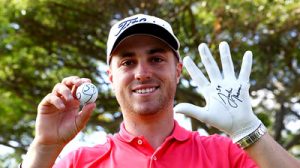 The other golfer favored at +1600 to win is Justin Thomas, but bettors might want to put their money elsewhere. Thomas did finish tied for third at last week’s Valspar Championship, but a combination of past performances and a tough group might be more of a challenge than Thomas can overcome.

In his group, he has Kevin Kisner, Marc Leishman and Luke List. List would be considered the weakest of the three. He had his first tour win at the Farmers Insurance Open this year. Leishman has a 2-0-1 record in the President’s Cup. Kisner could win this group. He was the 2019 Match Play champion, and was runner up in 2018.

The other factor to consider is that Thomas has struggled in this tournament. He has five appearances, but has only gotten to the Round of 16 once. He has a record of 8-10-1 here.

Here’s a welcome bonus, just in time for PGA season. Sign up to wager at BetRivers, and your first deposit will be matched, dollar for dollar, up to $250. 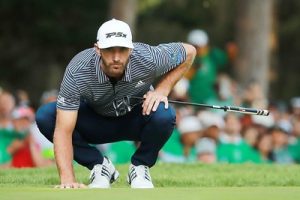 Dustin Johnson has proven that he thrives in match play, and at +2200, he’s a great value bet. He won at this course in 2017 and has a 22-17-2 in match play overall throughout his career.

Johnson has three golfers that should be easy to beat. Mackenzie Hughes advanced to the Round of 16 last year, but has struggled this year, failing to make the cut in four of his last six events. Matthew Wolff has struggled recently as well. He has missed two of three cuts, and the one he did make, finished tied for 61. Max Homa is the golfer with the best chance to knock out Johnson. But look for Johnson to down Homa and advance. This could be a harbinger for how he does at the Masters in two weeks. 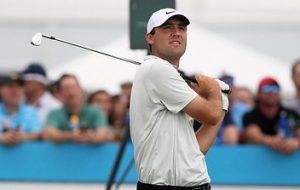 Another golfer who jumps out is Scottie Scheffler. He’s +2000 to win the event, and might have the best chance of any golfer. The 25-year-old has won two of the last four events he has played in, so he comes to the Match Play hot. In addition, Scheffler finished second here last year in his first attempt.

Where it gets tricky is Scheffler’s group. He’ll face three Englishmen, all of whom will be formidable opponents. First up is Ian Pouler, a Ryder Cup specialist who thrives in this atmosphere, and sports a 9-3 record at Match Play. Then there’s Tommy Fleetwood, who has 7-5-2 here, but has an 0-11 Ryder Cup record. The final foe would be Matt Fitzpatrick, who won the U.S. Amateur, but is 6-9 at this event.

If Scheffler can advance, the toughest part of the tournament might be behind him.

Sign up at PointsBet, and you’re eligible for $2,000 in Risk-Free Bets if your wagers lose: $500 in Free Bets for your first fixed-odds bet, and $1,500 back for PointsBetting. New customers only.