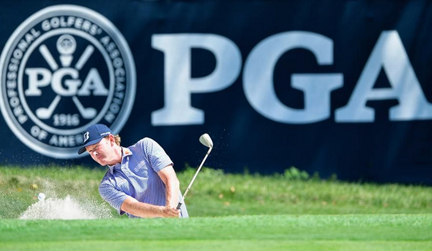 The PGA Tour is set to be the first major competition to return from the coronavirus-fueled shutdown that has stopped most sports betting. The tour will resume play beginning June 11 with the Charles Schwab Cup. The return also brings the promise of a myriad number of prop bets.

The PGA Tour could be the first major sport competition to return to play after shutting down in the wake of the coronavirus pandemic. Tour officials announced April 16 it will attempt to resume its season in mid-June, welcome news for both sportsbooks and bettors.

The Charles Schwab Cup, scheduled to start June 11 at Colonial Country Club in Fort Worth, Texas, would be the first tournament played. The Schwab Cup and the three scheduled events to follow will be played without spectators, but officials will review Covid-19-related protocols that could be implemented to maximize the health and well-being of participants and others involved.

“The health and safety of all associated with the PGA Tour and our global community continues to be our No. 1 priority, and our hope is to play a role—responsibly—in the world’s return to enjoying the things we love,” said tour Commissioner Jay Monahan. “The announcement is another positive step for our fans and players as we look toward the future, but… under the guidance of the leading public health authorities.”

The PGA Tour has a wealth of data that helps create betting markets through its ShotLink proprietary content, and it has struck deals with betting operators to be an official league data provider. The ShotLink technology has resulted in the PGA Tour offering a greatly enhanced selection of statistics, which includes standard categories for golfers such as driving distance, driving accuracy and greens in regulation.

A key offering for bettors is the strokes gained category, which ranks golfers based on tee-to-green performance, putting and a combination of the two for total performance. Those statistics can be further broken out by season or by tournament, which gives bettors a wide range of insight on golfers, such as historical performances at a scheduled venue or possible quantitative comparisons in a facet of the game based on recent play.

Finding the staff to operate ShotLink may prove challenging. Its official website says the “system is operated by a small staff of PGA Tour employees and a volunteer workforce each week. It normally takes approximately 350 volunteers per event to score the golf tournament.”

Andy Levinson, the senior vice president, tournament administration on the PGA Tour, did not say if ShotLink would be available by mid-June.

ShotLink has helped sportsbooks offer a ton of betting options. Some of the more popular ones include head-to-head wagering between golfers, ranging from two or potentially more high-profile players in the field to those in the same group playing together.

This can be done for both the entire tournament and on a round-by-round basis, and it makes an attractive opportunity for the four majors and other high-profile events including The PLAYERS Championship, World Golf Championship events, and the FedEx Cup.

Betting then can expand to a player’s individual performance over a round, such as an over/under on the number of birdies. The eventual end point, given the ShotLink technology, is the potential to place a wager on nearly every potential shot a golfer takes.

The PGA Tour has not held a full event since the Arnold Palmer Invitational in early March, with nine events canceled or postponed thus far. The pandemic has also dramatically altered the tour’s schedule, including the shifting of the three majors held in the United States. At the moment, most sportsbooks’ golf offerings are limited to futures bets on those three majors and the Ryder Cup scheduled for late September.

The Masters has been tentatively scheduled for mid-November, while the U.S. Open has been pushed back to mid-September. The PGA Championship was moved back to August to 9. Golf’s other major, the Open Championship run by the Royal and Ancient and scheduled to be played in July at Royal St. George’s in England, was canceled earlier this month.

There are other logistical hurdles to overcome, most notably involving the states’ varying rules regarding travel and self-quarantine. Texas Governor Greg Abbott extended an order requiring a 14-day quarantine for anyone flying into the state. It is also possible the PGA Championship, which is run by the PGA of America, could be relocated from its site in California.