HomeThe ShufflePlanning to Bet the NBA? Here’s How

Planning to Bet the NBA? Here’s How 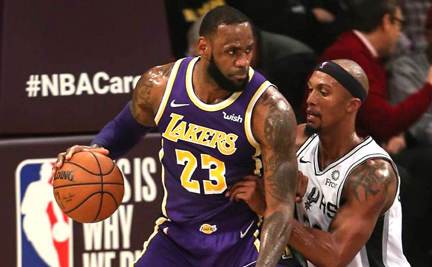 The NBA season kicks off December 22 with a double-header: Warriors-Nets from Brooklyn, followed by Lakers-Clippers from L.A. Get ready to bet the moneyline, the spread, parlays, props and futures.

The NBA preseason is now under way, with the regular season to officially tip off on Tuesday, December 22.

That night’s double-header will start at 7 p.m. ET with the Brooklyn Nets vs. the Golden State Warriors at the Barclays Center in New York. This one promises to be fun, with the Nets’ Kevin Durant facing former teammate Steph Curry for the first time.

Curry, who played just five games last season due to injury, will hit the court alongside former Rookie of the Year Andrew Wiggins, who only played a dozen games with the Dubs before Covid-19 cut short the season.

Wiggins said he’s “very excited” to have Curry back. “Just his presence is a game-changer.”

As for Durant, he’s also back on the job after being benched by injury in the 2019 Finals, including a torn Achilles tendon in Game 5. Durant moved to the Nets in July 2019 and will suit up with another offensive powerhouse in Kyrie Irving.

The opener from Brooklyn will be followed at 10 p.m. ET with the L.A. Lakers facing the L.A. Clippers at the Staples Center in Los Angeles. This neighborhood turf war picked up steam with the defection of center Montrezl Harrell from the Clippers to the Lakers in the off-season, but the real topic of conversation these days is the readiness of Lakers royalty LeBron James.

King James recently confessed he thought the season wouldn’t launch till late January, and was planning a Christmas vacation with his family when the schedule was announced. That put the team back in training less than two months after winning an NBA title against the Miami Heat on October 11.

If they go all the way this season, the Lakers will surpass the Boston Celtics for the most NBA titles in league history and James would have an NBA ring for all the fingers of one hand. Is James in shape for the shortened 72-game regular season? He said the Lakers can take that to the bank. “I’m great. I’m healthy,” James said. “I’m great mentally. I’m in a really good place in my life. I’m solid.”

Both opening night games will be broadcast live on TNT.

Now that’s a slam dunk! Create your player account at WilliamHill.com, make your first deposit, and you’ll be awarded a Free Bet based up to $500. New registrants only.

Getting into the Game: Betting the NBA

If you’re new to sports betting, it’s easy to get lost in the maze of terminology. Ahead of the NBA season, which tips off December 22, here’s a quick breakdown of the bet types and how you can be a more informed NBA bettor.

Betting Against the Spread

Betting against the spread (ATS for short) is the most popular way to bet on NBA games and is also very simple. The team that’s favored is listed with a negative number (i.e., -5) and that’s the number they need to win the game by. In this example, the favorite has to win by 6 or more points to “cover” the spread and win the bet. If that team wins by exactly 5-points, the bet is considered a “push” or “no-bet.”

Get all the latest odds including spread, money line, total, first-half spread, second-half spread and more at BetQL.co.

Again, ultra-simple: betting the total for a game is a bet on how many total points will be scored in a game. In the NBA, game totals are typically between 190 and 240 points. Similar to betting the spread, there can be a “push” if the total amount of points scored in the game exactly equals the total. The term “over/under” can also be used to describe betting the total. Many sportsbooks also provide “team total” bets, which is a bet on how many points one of the teams will score in either the entire game, one half, or one quarter of play.

Most sportsbooks offer bets against the spread, on the moneyline, totals, and team total bets for just one half or one quarter of play. In the NFL you typically won’t see a first half or first quarter spread dip into double digits. A popular betting trend as of late has been betting the second half of games after everyone’s gotten to see how both teams are playing.

In prop betting, you bet on the performance of players and teams. Books have a variety of prop bets available, including but not limited to:

As the name suggests, NBA future bets allow you to bet on future events that haven’t yet happened. For example, you can bet on divisional winners, conference champions, NBA champions, etc. These bets typically are available all year round with odds that change from week to week.

Parlays and teasers are a way for you to “stack” bets at different odds.

A parlay bet is when you place two to twelve bets linked together. In a parlay you need all of the bets to win to cash the parlay, but the upside is that you get much better odds in the bet. For example, many parlays will pay out 10-1000X what the original bet was depending on how bets are included in the parlay.

A teaser bet is similar to a parlay bet in that you are “stacking” multiple bets. However, with teasers you are getting adjusted (better) odds in return for a lower payout. For example, you can place a bet on two -6 favorites in a 4-point, 2-team teaser and both teams will need to win for the bet to cash but both of their odds will adjust to only -2 favorites at lower odds.

Hard Rockin’ in a