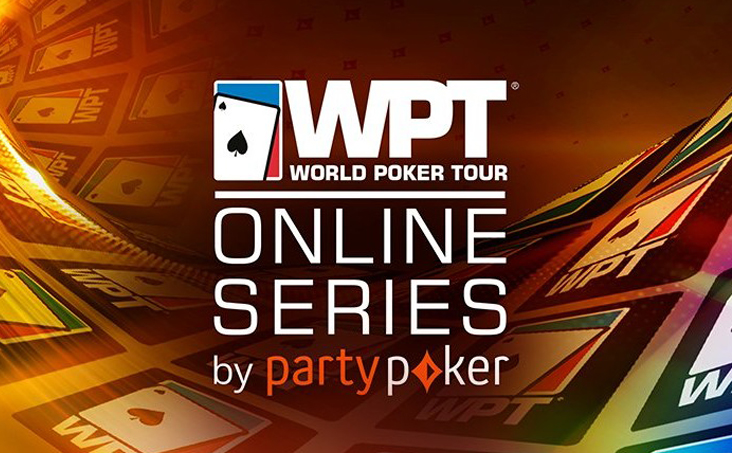 The first-ever World Poker Tour Online Series, hosted by partypoker.com, has ended with a bang, paying out a staggering $52,956,050 in prizes. The inaugural series smashed guarantees on flagship events.

The first-ever World Poker Tour (WPT) Online Series, hosted by partypoker.com, is over, and players are still smiling. The inaugural tour paid out a massive $52,956,050 in prizes and exceeded all expectations.

A total of 94 events were held across 29 days, with 111,183 entries. The three flagship events of the festival—the WPT500, WPTDeepStacks and WPT Online Championship—all comfortably beat their guarantees.

Start with the $3,200 buy-in WPT Online Championship, which had a guarantee of $5 million. The chip leader going into the final table— Sweden’s Christian Jeppsson (above, with poker face)—came out on top, edging out Russia’s Viktor Ustimov heads-up to win $923,785.

The U.K.’s Jareth East (left, with poker face) banked the largest victory of his career so far in the WPTDeepStacks, an event with a $3 million guarantee. There was a difference of more than $164,000 between first and second place, but East managed to beat Jon Van Fleet heads-up and take home $557,658.

Another U.K.-based player placed first in the $2 million guaranteed WPT500. Fabio Sperling was in front when the tournament ended in a four-handed chop, meaning each of the remaining players won between $187,289 and $281,125. Sperling agreed to a deal with Walter Treccarich, Markus Prinz and Christopher Putz to leave as tournament winner.

Sam Greenwood managed to win a High Roller tournament for $257,250, adding to several partypoker LIVE titles, including the 2017 Caribbean Poker Main Event and the Super High Roller at the €50,000 buy-in 2018 Grand Final.

Sign up to play at partypoker.com, and you’ll get 6 days of FREE tickets as part of your new player bonus. $30 value. New accounts only.

Hermance Blum, vice president in Europe of the WPT, said, “We are thrilled and grateful for the players’ response during the inaugural series. WPT with partypoker will continue our efforts to bring the best player experience with the exciting WPT World Online Championships this summer, as well as keeping our fans entertained with original content.”

Tom Waters, partypoker managing director, added, “I’m delighted with the support that we received from players for WPT Online, with accumulated prize pools far exceeding expectations. This is testament to both the popularity and strength of the WPT brand and also the schedule that the team put together.

Waters said WPT Online delivered “an authentic poker experience, with limited re-entries and entry days into the tournaments and the huge prize pools highlight the popularity of the structures and formats of the series.”

The events drew some of the world’s best poker players “as well as an abundance of players who managed to win their seats into potentially life-changing tournaments. It was a pleasure working with an excellent WPT team who share our vision for poker; I’m looking forward to working with them again for future online series.”

Turn a $5 buy-in to $1 million with SPINS, a 3-handed turbo Sit & Go tournament featuring a random prize-pool multiplier between 2 and 240,000. Is this your lucky day? Log onto partypoker.com for details.

Launched in 2001, partypoker.com is one of the oldest and most trusted online poker brands and a pioneer of the industry. It is accessible via web and download or on mobile with iOS and android apps.

Golf Is Back June 11