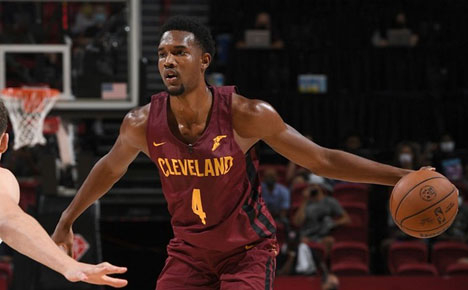 Dominant at the NBA tipoff, the superstar Nets and Lakers have slid, opening opportunities for teams like the Wizards. It’s been a season of early surprises.

Before the NBA season began, fans thought the Brooklyn Nets and Los Angeles Lakers would be the dominant teams in their respective conferences. The two entered the first week of the season as +300 co-favorites to win the NBA Championship at BetMGM.

A month into league play, though, these are not the best squads. The Nets are second-best in the Eastern Conference as of Monday, a game behind the surprising Washington Wizards. The Lakers are seventh in the Western Conference.

While bettors still believe in the Nets, their faith in the Lakers has been shaken. Brooklyn’s odds to win the title have moved to +260 at Caesars Sportsbook, but Los Angeles has slid to +550.

That’s not the only surprise early on this NBA season. Let’s take a look at some other startling developments.

Place a One Game Parlay with at least four legs on any NBA game at BetMGM. If all legs hit but one, you’ll get your stake back in Free Bets, up to $25. Claim once per day during the season! 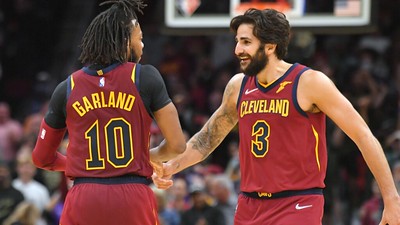 When the season began, the Cleveland Cavaliers had the highest odds to win the NBA Championship. Along with the Detroit Pistons, Houston Rockets, Oklahoma City Thunder, Orlando Magic and San Antonio Spurs, they were +50000 at BetMGM.

All but the Cavaliers have performed as expected, with losing records. But the Cavs decided dwelling in the Eastern Conference cellar isn’t for them. Cleveland had the fourth-best record in the NBA at the beginning of this week, tallying nine wins versus five losses. The over/under for wins this season was 26.5, and the under was the favorite at -115. The over was set at -105.

This performance has been done all without several key players. Kevin Love and Lauri Markkanen are out due to the NBA’s health and safety protocols. Collin Sexton has a torn meniscus, and Lamar Stevens has an ankle sprain. Even with this depleted roster, the team has been surprising its rivals. They came back from a 19-point third-quarter deficit on Sunday to the Boston Celtics, winning 91-89 for their sixth victory in seven games.

The Cavs might be without a superstar, but after the Boston victory, Coach J.B. Bickerstaff told reporters they’re playing as a team.

“It was the mental and physical toughness, it was the bond our guys have built to not disappoint each other,” Bickerstaff said. “It was on full display tonight…there was a collective spirit that refused to allow us to lose.”

A big reason for the team’s success is rookie center Evan Mobley. The former USC standout has become one of the league’s best defensive players. Bettors are noticing. Mobley began the year with odds of +800 at PointsBet to win the award, but is now the +160 favorite.

Cleveland has also been rewarding bettors in their games. The team boasts the best record against the spread at 10-3-1.

Same Game Parlays are here for all NBA Games at PointsBet! Just choose your game and select Same Game Parlay on the event menu. Pick your legs, place your bet and watch the action all in one game! 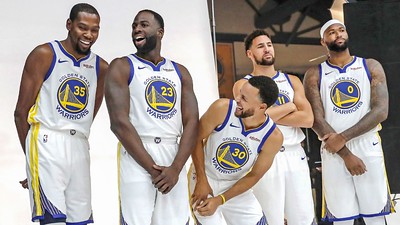 No team was more dominant from 2015 to 2019 than the Golden State Warriors. They reached the NBA Finals all four years, winning two championships.

But the last two seasons, Golden State has failed to make the playoffs. Kevin Durant left for the Brooklyn Nets. Klay Thompson suffered a torn ACL, then a torn Achilles.

Even so, the team’s done quite well so far without their second-best player. The Warriors had the best record in the NBA as of Monday at 11-2. Meanwhile, Thompson is expected to return by the end of the year.

That could be good news for Golden State backers. The Warriors began the season as +900 to win the NBA title, and +425 to win the Western Conference. At Caesars, their odds to win the title have dropped to +800, and they’re +400 to win the conference. 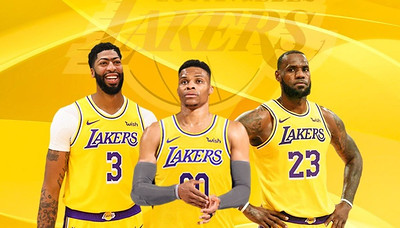 Before the season began, the Lakers were favored at some sportsbooks to win the NBA Championship. The 2020 title winners added several veterans to the squad to make another run at the finals.

While the team gained experience, overall they were the oldest in the league. LeBron James, Russell Westbrook, Carmelo Anthony and Dwight Howard are all over the age of 35. People began to wonder if those key players would hold up for an entire season.

James is currently out with an abdominal strain, and there’s no timetable for his return. The team lost veteran forward Trevor Ariza for the first-half of the season with an ankle injury that required surgery.

In addition to durability issues, there’s also the aspect of team chemistry. Anthony and Westbrook are used to shooting the ball a lot, sparking concerns about whether they, along with James and Anthony Davis, could coexist.

That question hasn’t yet been answered. But what’s clearer is the Lakers’ performance. They’ve struggled so far this season, posting an 8-6 record, and losing to teams like the Oklahoma City Thunder and the Minnesota Timberwolves.

Their odds have since dropped. L.A. is now +550 to win the NBA Championship at Caesars. They also have one of the worst records against the spread: 5-9-0 ATS.

Are you a diehard Lakers fan? Bet on the old guys at Unibet Sportsbook. Sign up today. Once you add funds, your first cash bet is insured up to $500 if you don’t hit a winner.