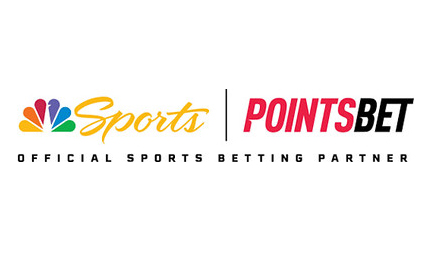 While many U.S. sports books have arrangements with sports teams, leagues and media outlets, PointsBet last week brought home the motherlode: a deal with NBC that includes investment and financial commitments to the growth of PointsBet.

In a massive deal, the Australian-based online sports betting provider PointsBet will become the “official sports betting partner” of media giant NBC Universal. Unlike similar deals that other sports betting companies have made, this one comes with a financial investment from NBC as well as millions of dollars in advertising designed to grow PointsBet.

The deal takes effect immediately and includes the following:

“We are excited to begin this partnership with PointsBet, which will deliver unmatched sports betting engagement opportunities across multiple platforms,” said David Preschlack, president, NBC Sports Regional Networks, and executive vice president, content strategy, NBC Sports Group. “For NBCUniversal and PointsBet, this agreement provides considerable opportunities in the fast-growing sports betting marketplace, which is unique to this extensive and robust, multi-year arrangement. Looking ahead, we’re also excited about the significant activation opportunities that will come to fruition as sports betting continues to proliferate across the U.S.”

“NBC Sports, an iconic brand and holder of the largest sports audience in the U.S., brings significant credibility and trust to PointsBet’s operations,” said Swanell. “Through the NBC Sports partnership, PointsBet gains access to market-leading linear assets which span 184 million viewers and digital assets which span 60 million monthly active users. These assets will act as the cornerstone of our marketing strategy and combined with our in-house technology and products, as well as our talented and experienced team, will deliver outstanding client acquisition and retention efficiency as we scale rapidly over the next five years. NBCUniversal’s decision to take an equity stake in PointsBet illustrates the alignment of our strategies, the trust across teams, and our shared belief that the U.S. gaming market is a once in a lifetime opportunity.”

NBC gets 4.9 percent of the company and effectively becomes a marketing affiliate for PointsBet and receives payments for every depositing player it provides to PointsBet.

PointsBet entered the U.S. market several years ago as a quirky upstart, ready to change the sports betting market in the country. But the deal with NBC elevates PointsBet as a worthy competitor to the three market leaders: DraftKings, FanDuel and BetMGM.

PointsBet stock rose more than 85 percent on the Australian exchange after the deal was announced and the company revealed it would seek to raise $220 million.