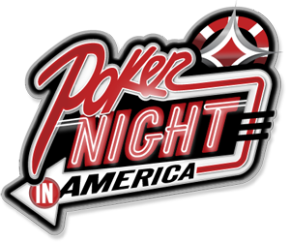 The Poker Night in America app lets players participate in the same poker action they watch on “Poker Night” as played by the game’s best players and celebrities.

The app features amazing prizes, which may include private poker lessons from famous pros, playing in live-streamed poker games, and a VIP grand prize package that guarantees players $5,000 in playing cash to play on “Poker Night.”

“We have been asked time after time as to whether there will ever be any way to join in the action at our ‘Poker Night’ tables,” said Todd Anderson, president at Rush Street Productions, the company behind ‘Poker Night.’  “Now we can finally say ‘Yes’!”

Through the app, players can enter sweepstakes where winners may join some of the biggest names in poker at the table, such as pros Phil Hellmuth, Doug Polk and Shaun Deeb, and Hollywood star players like Jennifer Tilly and Brad Garrett. Winners will also be seen on TV and via live streaming on the official Poker Night Twitch Channel at Twitch TV. Some winners will be flown to luxurious casinos around America to play in real episodes of the show.

The grand prize not only includes a seat at the table, but also the flights, accommodations and a buy-in of $5,000. Eligible players who download the new app and play at least five hands are automatically entered into the sweepstakes.

The Poker Night in America app is available to download for free from the Apple App Store and Google Play Store.
Try it here: http://pkrnt.com/611