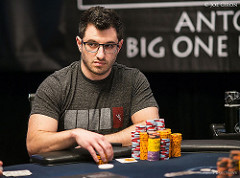 Online Poker Report has taken a look at what to expect from poker pro Phil Galfond’s new online poker sites, which is expected to launch this summer.

Galfond announced he would create a new pro-friendly site as many large online poker sites—such as PokerStars—began implementing changes in rewards systems and other areas designed to benefit casual players.

According to the report, the new site—called RIO Poker—has been designed from scratch and is more than just a reaction to the moves by larger sites. The site will have a two-phase launch of initial cash games followed by tournaments and high-stakes games.

Innovations include banning heads-up display accept for high-stakes games and anonymous tables using generic player names, according to the report. Hand histories that reveal every players’ hole cards will be available 24 hours after a session.

The site will also use a built-in display of expressions on the table avatars that give an approximation of their playing style. Galfond told OnlinePokerReport that instead of displaying stats next to your opponents, the site group them into one of eight playstyle categories and communicate that information through their avatar’s emotions.