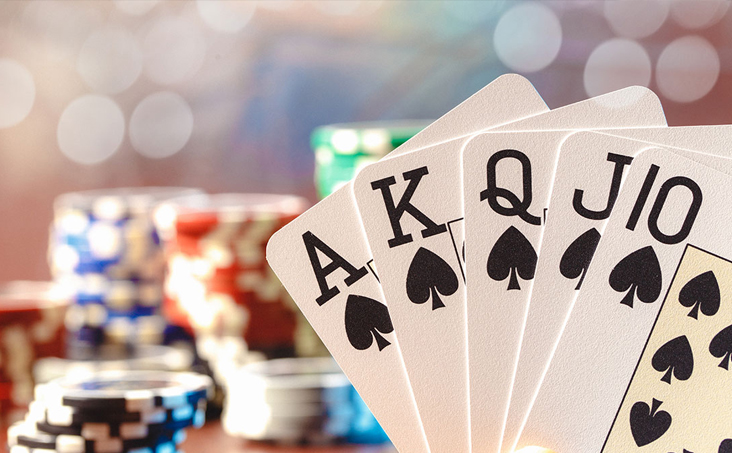 PalaPoker.com gives beginners a place at the table. The WSOP Online Circuit, starting September 17, has a combined prize pool guarantee of more than $1 million.

New Jersey’s online poker market is dominated by the big boys: WSOP.com has partnered with 888 Poker in the state. The two also operate together in Nevada and Delaware and share players from all three states in their tournaments and cash games.

The other big players in New Jersey are the team of BorgataPoker and PartyPoker along with online giant PokerStars.

Noobs, Here’s Your Game
All this may be a little intimidating to new players. If you’re one of them, there’s another poker site serving the state: PalaPoker.com.

PalaPoker.com is offered by the Pala Band of Mission Indians, who run the Pala Casino in San Diego. In 2013, the casino partnered with the Borgata in Atlantic City, presumably to get a head start on online gaming, which had been proposed for California. Though their California fortunes are still in the future, Pala has successfully rolled out a casino, bingo and poker site in the Garden State.

Why We Like Pala
For online poker players, Pala provides a nice, mellow alternative to the big sites, which may be operating at a level of play a little beyond a beginner’s comfort zone. Though small, PalaPoker.com puts out a steady schedule of poker action.

Bonus Round
PalaPoker.com also hits all the right buttons for signups, including a $25 bonus that breaks down to $10 in poker bonuses and $15 for bonuses at PalaCasino.com. The site matches your first deposit up to $500!

As a member of any Pala site, you’re also entitled to a daily spin on their $1 million slot. The million hasn’t hit yet, but the slot is pretty generous with smaller bonuses.

One of the best things about playing at Pala is that you can switch easily between poker, the casino and bingo—Pala caters to all your gaming moods. Pretty cool.

As an online circuit event, tournament winners will receive special championship rings—sort of a nod to the championship bracelets awarded winners of live WSOP tournaments.

The tournaments start with a $40,000 guaranteed NLH Knockout tournament on September 17. In knockout tournaments, cash bounties are placed on players, meaning you collect whenever you knock an opponent out of the tournament. The opener has a $250 buy-in with $100 going towards your bounty.

The online event also awards points for the WSOP’s national leaderboard and a chance to win a seat in WSOP’s 2019/2020 Global Casino Championship freeroll.

Get the full schedule at WSOP.com.