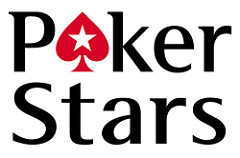 PokerStars has moved quickly after Spain published its agreement and resolution to share online poker player pools with other European jurisdictions and began sharing players between France and Spain.

France and Spain are two of several European markets that have agreed to implement player sharing agreements. PokerStars fast action makes them the first to take advantage of the agreements.

“This will be great for players and great for the poker category,” said the Chief Operating Officer of Stars Interactive Group (which owns PokerStars), Guy Templer. “The French and Spanish regulators have done an excellent job in enabling a dramatic improvement in the gaming experience in their jurisdictions.”

PokerStars is reportedly the only online poker company to have received the special permission required to combine player pools from the French gaming regulator ARJEL. Still, most analysts were surprised how quickly the site met Spanish requirements.

The offerings in each country have some small differences. For example, in Spain, the highest buy-in tournaments available are capped at €250 under that country’s regulations, meaning higher-stakes tournaments are only available to players on the company’s French site.

French regulations also do not allow online casino games, so PokerStars casino games only appear at its Spanish site.

Despite the differences, most games at the French and Spanish poker sites—including cash game tables, Zoom games, sit and gos, and MTT—have begun sharing player.

“Having a strong, competitive regulated offering—which comes from combining player pools—has proven to be attractive to consumers who might otherwise be choosing to play on un-licensed and potentially un-safe sites,” said Templar. “We’re looking forward to extending this to Italian and Portuguese players, and offer our full support to the relevant authorities in those countries to do so.”

Other jurisdictions that have agreed to allow player sharing include Portugal and Italy which are still working on regulatory issues.