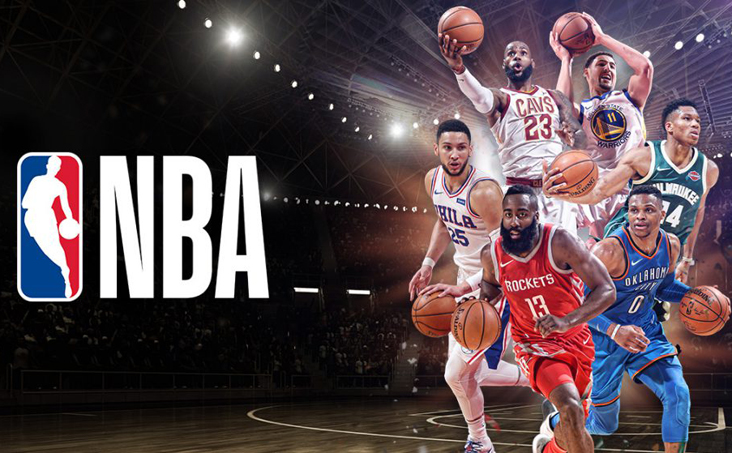 The Stars Group, owner of PokerStars, has announced a partnership with the NBA. The first sports league PokerStars has signed such an agreement with. It is considered a possible wedge in penetrating other markets, such as California. And FanDuel has become the NBA’s third major domestic gaming partner. The league also has added Codere in Mexico to a growing list of international partners.

The NBA is moving aggressively to line up betting partners.

Some are speculating that the recent partnership that was announced between the Stars Group, owner of PokerStars, and the NBA, signals another effort by PokerStars to wedge itself into the gaming market of California.

The partnership, whose financial details were not announced, is the first such agreement between the Stars Group and a professional sports league in the U.S.

The group will have access to NBA sports data and be able to use the official NBA branding on its sports betting menu.

Matt Primeaux, senior vice president of Strategy & Operations, USA at the Stars Group commented, “We are excited to partner with the NBA as we continue to execute on our U.S. strategy. This agreement enables us to use official NBA data and league marks (logos), providing a better experience to our customers, while working with the NBA to protect the integrity of games.”

“The Stars Group is an accomplished global online gaming leader and we are excited to work with them on their first U.S. sports league partnership,” said Scott Kaufman-Ross, a spokesman for the NBA. “This dynamic partnership will be another way to create authentic fan engagement with league logos and official NBA betting data, while leveraging Stars’ global expertise to further optimize the fan experience.”

The arrangement is another indication of the fast growing U.S. sports betting market.

It is one face of a multi-faceted effort by the NBA and other leagues to get a piece of the sports betting action. An effort that has included the so-far unsuccessful effort to persuade states that have legalized sports betting to pay the leagues an “integrity fee,” to help battle corruption. It also includes making real time data available to a spectrum of sports betting brands in return for royalties.

The leagues can, of course, continue to try to collect a royalty from individual bookmakers.

The Stars Group is very well known outside of the U.S. It recently obtained a foothold in the U.S. in New Jersey. Partnering with the NBA opens up a much larger marketplace.

PokerStars had previously tried to get an entrée into the Golden State through the legalization of online poker. However, its association with several gaming tribes, and the extreme hostility of several other tribes toward PokerStars, has so far been enough to doom that effort. This has somewhat toxified the company’s reputation in the state, politically speaking, since opponents continually refer to the company as a “bad actor” because it did business with Americans wanting to bet online even thought that had been illegal in the U.S.

The state has four NBA franchises, more than another other state. According to Steve Stallings, chairman of California Nations Indian Gaming Association, which represents most gaming tribes, that’s not going to affect the political landscape very much.

Stallings told U.S. Bets: “Any time you have these large entities, who do enjoy some public support, there will be an attempt to lobby. I think people underestimate our robust gaming industry here in California. In addition to the tribes, you have the racetracks, you have the cardrooms. Sometimes our initiatives align, sometimes they don’t. For the most part, those three entities are going to have to be a part of the process.”

Stallings added, “When you see these outside groups come in, they aren’t always successful because there is a real tendency in California for things to be homegrown. I think that’s the one limitation, even though we do have sports franchises in California. Time will tell.”

California is the Holy Grail for any company wanting to get into sports betting or online poker since it has by far the largest population in the U.S., and as its officials never stop saying, the fifth largest economy in the world.

Last year Oxford Economics published a study that predicted the state could generate $2.3 billion in sports betting revenue, or seven times that of Nevada. That would dwarf the next largest sports betting markets: Texas and New York.

The state was a fierce battlefield for online poker for several years in a row, until that interest was put into the shadows this year by the lifting of the PASPA ban by the U.S. Supreme Court. Now nobody is talking about online poker, especially since states that allow it, including New Jersey, Nevada and Delaware, are not generating hoped for profits.

Rep. Adam Gray, a longtime advocate for both online poker and sports betting, introduced an online poker constitutional amendment last year in the legislature, but it went nowhere.

This year several gaming firms have indicated they may pursue a sports betting initiative for the 2020 ballot.

There is little support among gaming tribes for the initiative that the card clubs are proposing. There is a longstanding and bitter tribal, card club rivalry that is exemplified by the recent lawsuit by two gaming tribes accusing several card clubs of violating state law.

Stallings told U.S. Bets: “Our real conflict here in California is the expansion of gaming in the cardrooms. Most of the tribes are concerned about an almost full-casino feel in the cardrooms, when they are conducting, what we consider to be, illegal house-banked games].”

Stallings concluded that sports betting has the “same kind of implications as internet poker. If we can’t overcome major hurdles, then the advancement of any legislation, no matter who is behind it, if you don’t have all the tribes on board, is probably not going to happen in California. These landscape issues with the cardrooms have to be settled before we can see sports betting advance.”

Also, the NBA is expanding its 4-year-old fantasy sports partnership with FanDuel to include sports betting.

The multiyear deal designates FanDuel, which began offering traditional sports betting in 2018, as an authorized gaming operator of the NBA, with access to official league data and the right to use league trademarks and logos across its platforms.

“We expect there to be significant innovation around sports betting products in the U.S., and given the innovative partnership we’ve had with FanDuel around fantasy, we’re excited to extend the partnership to include sports betting,” said Scott Kaufman-Ross, the league’s head of fantasy and gaming.

The strategy is being expanded internationally as well. Earlier this year, the league forged partnerships with France’s government-sponsored betting operator Francaise Des Jeux and Uruguay’s Supermatch.

More recently, a similar agreement was struck with Codere that sanctions the Spanish gaming multinational as the NBA’s official partner in Mexico, establishing a far-reaching relationship that provides Codere with access to official NBA betting data and branding across its land-based and digital sports betting offerings throughout Mexico with cross-promotion on the NBA’s online and social media platforms, including NBA.com, the NBA App and NBA Mexico.

The NBA’s relationship with FanDuel dates back to 2014 and at one time included an equity stake, which the league sold earlier this year when FanDuel entered the sports betting market.