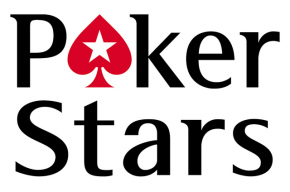 PokerStars has been expanding its offerings at its Italian site and just launched a Stars Rewards program in the country as well as in Spain and Portugal. The new program offers features from its former VIP Club, along with a flexible points system based around poker fees and access to special games and events. The new system also offers daily rewards as opposed to monthly rewards under the old system.

In sports betting, PlanetWin365 and bet365 Italy are vying for top spot in the sports betting market, while Sisal and Eurobet are pushing for a stake among casino competitors. Bookmaker William Hill is also performing well in the Italian gambling market, with a 5.8% share of the play.

Italy has generated €575m in online gambling revenue in the first half of 2017.

In another matter, things are much different for PokerStars in the South American country of Colombia.

PokerStars was one of 325 unlicensed online gaming operators that were blocked last week by Colombia’s regulator Coljuegos. The company now says it is exiting the Colombian market and will no longer accept players from the country.

In an email to players, PokerStars said it was leaving the market due to the regulatory changes in the country and because it does not hold a license there. However, the company did say it may seek a license in Colombia, which is the first South American country to regulate online gaming.