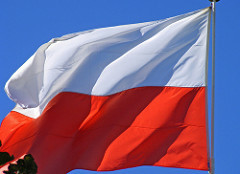 Poland’s new online gaming regulations went into effect in April 2017 and a year later, the newly regulated market is off to a slow start.

A review by Casino News Daily found that few major online sites sought licensing in the country, while Poland has backlisted about 1,600 online sites.

Under the country’s gambling act, online sports betting operators are able to apply for a license from the Finance Ministry. However, licensed sites must pay a 12 percent tax on betting turnover, rather than revenue.

That caused several online companies that targeted Poland as a grey market to stop offering services to Polish players. These included William Hill, bet365, and 888. They and most large international online sites have not sought licensing in the country, the report said, concluding that the high tax on turnover was causing companies to shy away from the market.

Poland, meanwhile, has blacklisted 1,615 domain sites in the last year including major betting operators such as Betsson, Titanbet, and Intertops.

Despite the high number, a recent report by the Polish legal association Graj Legalnie recommended that the list should be updated more regularly and the Finance Ministry should tighten its grip on the country’s unregulated market. The report found that about 60 percent of the country’s online market is still dominated by unlicensed international sites.