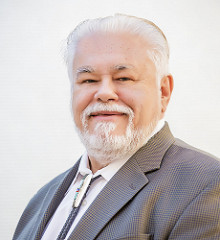 Of all things, politics continues to make a quick deal to legalize sports betting legal in California unlikely anytime soon.

That is true, despite the fact that the Golden State is the largest Indian gaming state, providing more than 25 percent of revenue from Native American casinos. Only Nevada has more gaming.

For the past decade these interests have battled over online poker, to the extent that no law has been passed. Now, add sportsbook to the list. After the Supreme Court lifted the ban on sports betting in May Rep. Adam Gray, a longtime supporter of expanding gaming, introduced a bill that is still in committee.

Most gaming tribes argue that the state’s constitution gives them exclusive rights to casino games, although until recently the only casinos that offered it were in Nevada. So it’s unclear whether legally speaking the state constitution addresses that issue.

Most tribal leaders, such as Steve Stallings, chairman of California Nations Indian Gaming Association (CNIGA) hold the line on the notion that the state constitution gives them the right to a monopoly on all gaming except for racing and card cards. He points out that the 74 tribal casinos pay $400 million a year in state taxes, and hints that the tribes don’t want anyone else trying to horn in on their game.

“I think they would say, ‘Whoa, wait a minute. We are about to give up something,’” he told the Los Angeles Times.

Although Indian gaming is still growing steadily, California’s four racetracks are not, and unlike racetracks in other jurisdictions they are unlikely to be allowed to add slot machines—once again because the gaming tribes would oppose it.

Add to this mix the state’s 74 card rooms, which would also like to be able to offer sports book.

Some industry experts estimate that sports betting revenue could be as high as $2 billion a year, which would be the largest in the country. As a point of comparison, the state lottery sales were above $6.2 billion last year. The state has nearly 40 million residents, and a good size chunk of them like to gamble.

Recently a political consultant funded by card clubs and some sports leagues, started work to gather signatures for an initiative to put the question to the voters.