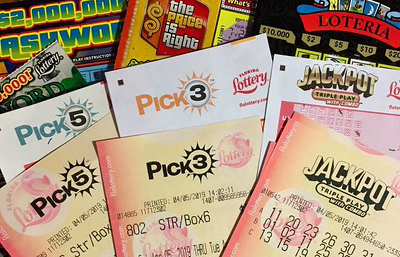 In a recent poll conducted for Alabama Governor Kay Ivey’s Study Group on Gambling Policy, nearly 71 percent of respondents said they support a state lottery. The issue is likely to be revisited in the next session of the state legislature, which convenes February 2. In addition, 67 percent said they strongly favored legalizing gambling in the state.

Five hundred voters responded to the poll conducted by McLaughlin & Associates between November 17 and November 19. The respondents said they planned to vote in the 2022 general election.

The 12-member study group issued its 876-page report on December 18. Ivey told the study group to gather facts to help the legislature and voters analyze the gambling issue. Alabama is one of only five states without a state lottery. As a result, many Alabamians cross state lines to play lotteries in the four states bordering states.

In response to the question, “Generally speaking, do you favor or oppose legalizing gambling in Alabama?” 67 percent strongly favored and 53.6 percent somewhat favored. The issue was strongly opposed by 28.8 percent and somewhat opposed by 22.4 percent.

Also in the report, the study group estimated the state would gain up to $300 million a year from a lottery, up to $400 million from casinos and $10 million or more from sports betting. The report stated gambling could create up to 19,000 jobs.

In addition, the study group said the state’s current jumble of gambling rules and laws wastes time and money on political fights, court cases and law enforcement without benefiting the state. The group recommended a single authority to regulate all forms of gambling.

Currently Alabama’s constitution prohibits lotteries and most forms of gambling. As a result, the legislature would have to approve a constitutional amendment to allow a state lottery or casinos. Voters would have final approval.

However, gambling is allowed in the form of three casinos with electronic bingo run by the Poarch Band of Creek Indians on tribal lands; bingo in 16 counties where voters approved constitutional amendments; and pari-mutuel betting at dog and horse racetracks in Jefferson, Mobile, Macon and Greene counties.

When it convenes on February 2, the legislature will consider the report’s recommendations. Both House Speaker Mac McCutcheon and Senate President Pro Tem Del Marsh have said they want discussions about gambling legislation to address a state lottery, local bingo operations and a compact with the Poarch Band.

State Rep. Steve Clouse sponsored a lottery bill last year. Despite widespread support it was set aside due to Covid-19, which interrupted the legislative session in March. He said he’s not sure if he’ll sponsor a lottery bill in 2021; he said he proposed the bill in 2020 to get it on the November ballot and take advantage of high voter turnout. “I think that’s the best time to vote on it, during a general election. But we don’t have another one until November of ’22. So this year is not as time-sensitive. We could do it in the ’22 session,” he said.

Clouse said a comprehensive bill addressing casinos, sports betting and a Poarch Band compact might be the right approach. “It’s not a bad idea to try to do something comprehensive. The problem is the votes start falling off in the legislature when you start talking about the comprehensive part. So, that becomes an issue then,” he said.

Senate Minority Leader Bobby Singleton said he supports a comprehensive approach and is optimistic about passing legislation this year unless Covid-19 disrupts the session. “I would like to see the solution be lottery, gaming, and sports gambling. What the bill is, how much taxes we are going to pay, all of that is going to be a legislative function and we’re all going to sit down as men and women together and hopefully we’ll put our input in and see can we make it all work. What’s best for the state of Alabama?”

Regarding legalizing casino gambling, Singleton said, “As we move closer to the session, I think you’re going to start to hear conversations about it and then we’ll look at how we lay it out, how many licenses they give out, where the casinos will be, if in fact they’re going to be in the state. And so, all those things are legislative questions that we have to answer. And I think now that this task force has brought back some answers to some questions that we’re ready to tackle those questions. I feel very optimistic about it and I’m going to utilize as much energy as necessary to try to make it happen,” Singleton said.

On the other hand, state Senator Greg Albritton said he’s not optimistic about passing gambling legislation this session. He sponsored a lottery bill last year that passed the Senate but stalled in the House. “We’ve been fighting it for gambling legislation for 20 years. And like I said, the study group the governor put together confirmed we have all the information that’s out there. I don’t see that there’s been any changes from the past two, three, five years. We’ve still got the same people that want to do it. We’ve got the same controversies out there. We’ve still got the gaming that’s going on without regulation. And to many people, that’s what they want. So, I am just not optimistic that we will be able to put together a plan that will pass.”

Last year Albritton also introduced a bill based on the Poarch Band’s offer to the state. The plan would have allowed the tribe to offer full-fledged casino games at their current on tribal lands in Atmore, Wetumpka and Montgomery, plus new locations in Birmingham and northeast Alabama. The tribe would pay the state $250 million for 25-year licenses for the two new venues, and a 25 percent tax on net revenue from games at the two new resorts. The plan also included a lottery to benefit education and an Alabama Gaming Commission to regulate all gambling. It would have required a constitutional amendment approved by voters and a compact between the Poarch Creeks and the governor. But the legislature took no action on Albritton’s bill in 2020.

Robert McGhee, vice chairman of the Poarch Band of Creek Indians Tribal Council, said the tribe has withdrawn that proposal. “Right now we have nothing on the table because that was last year of course and it was one of those things that didn’t go anywhere.” Recently, he said, “We were told early on, wait and see, the governor wants this report. We respected that. We said OK. And of course, the pandemic happened, so it really did put a lot of things on the back burner. Like everybody else, we had to focus on other things. And that’s what we’ve had to do.”

McGhee added, “Now that the report is completed, I don’t know if the governor has a plan. The administration may actually have a plan based upon the report itself. But we have not been a part of any type of discussions in talking about that.”

When the report came out, Ivey said, “The potential to act on gambling is an opportunity that cannot be accomplished solely by a governor or solely by the legislature. It is incumbent on us to work together to provide the citizens of Alabama their opportunity to determine the future of gambling in Alabama. I continue to maintain the final say on gambling belongs to the people of our great state, and if and when I have a recommendation regarding a specific course of action, I will do so in full transparency to the people of Alabama, working hand-in-hand with the Alabama legislature.”