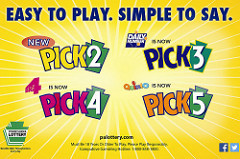 Analysts of the lottery industry are observing that the effects of multi-state jackpots in reviving sagging profits for the Pennsylvania Lottery are exceeded only by the nascent iLottery program. But if the state’s land-based operators have anything to say about it, iLottery’s days are numbered in the state.

After experiencing the first revenue declines in its 40-year history, the Pennsylvania Lottery showed a growth of 5.4 percent in FY 2017-18, according to the state Independent Fiscal Office (IFO). According to PennBets.com, the increase was mainly credited to increases in instant-ticket sales and multi-state lotto games Powerball and Mega Millions.

The IFO projects another 3.8 percent growth in the current fiscal year, but not because of the traditional games. It cites iLotto, which debuted in May with a collection of slot-like online games. According to the lottery 45,000 players registered for online accounts during the first month, and collectively wagered $21.6 million on online lottery games. The state paid out $18.7 million, leaving a $2.9 million profit.

As reported last week, the state’s 13 land-based casino licensees (12 currently operational, one with a casino under construction in Philadelphia) are up in arms over the iLottery, claiming it is illegal under current gaming law that gives land-based casinos the exclusive right to operate slot games, and that it undermines the nascent online gaming program of the state.

Gary Miller, spokesman for the IFO, estimated that the online lottery will bring in around $30 million in profit this year.

In a letter to Governor Tom Wolf two weeks ago, the casinos asked that the iLottery program be suspended, and threatened legal action if it allowed to continue. “In virtually every way imaginable, Lottery’s iLottery program mimics a casino operation offering simulated casino-style games in direct contravention of (the law’s) express prohibition on Lottery offering ‘interactive lottery games which simulate casino-style games.,’” the letter said, adding that the definition of online lottery games in Pennsylvania’s gaming law does not include “games that represent physical, internet-based or monitor-based interactive lottery games which simulate casino-style lottery games, specifically including poker, roulette, slot machines and blackjack.”

So far, the lottery is not budging, conceding only that it was improper to market the games as slot-style gaming. But those ads have resumed since initially being withdrawn.