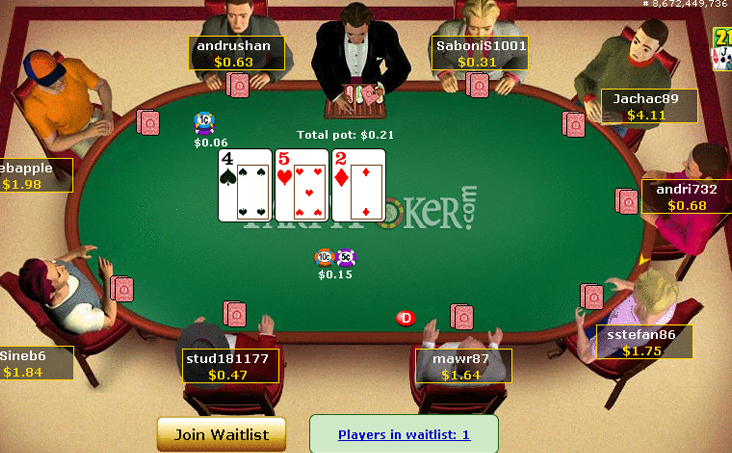 The coronavirus has shut down casinos, but made room for the Online Poker Masters Tournament. From April 12 to 26, traditional players and iGamers will join for a groundbreaking online event, presented by Partypoker and Poker Central.

When life hands you lemons, make lemonade. Though poker rooms around the world have been shut down by the Covid-19 virus, the online Poker Masters Tournament will let players face off—without facing each other at the table.

The boom in online poker inspired Poker Central and Partypoker to launch this online festival, where participants can practice safe poker without catching a thing, except maybe an inside straight.

Three years after the first Poker Masters took place at the Aria Las Vegas, the first-ever digital edition—with a total of 30 poker tournaments—will take place from Sunday, April 12 to Sunday, April 26. Players are expected to join from all over the world.

Online poker tournaments are known for their penny-ante buy-ins, but this tournament will offer $15.25 million in guarantees. It’s possible a Cinderella player could buy in low and end up winning the $2 million Main Event.

The Poker Masters Online will include No-Limit Hold’em and Pot-Limit Omaha tournaments, all leading to the $51,000 No-Limit Hold‘em 8-Max Main Event on April 26.

Poker Central President Sam Simmons says the Poker Masters Online was created “out of necessity—the mass exodus of traffic from casino properties” due to the coronavirus. “It’s going to be a big adventure for us—taking that typically live format and bringing it onto the online platform.”

It’s quite a change since 2011, when the “Black Friday” crackdown by the U.S. Department of Justice led to indictments against three of the largest poker websites in the U.S.: PokerStars, Full Tilt Poker and Absolute Poker. After that, they pulled the plug on real-money accounts in the U.S. And since that time, online poker companies have proceeded with caution, putting most of their efforts into legalizing online poker at the state level.

Make a deposit at partypoker.com, and it’s matched up to $1,000. That’s real money you can use to try out a cash table, get in on guaranteed games, or test your luck on 7-figure jackpot slots.

The Geek’s Game
In online poker, you won’t see players staring down each other and trying to read elusive “tells”—it’s not that kind of game. On the contrary. Think of it as the perfect introvert mathematician’s game—a mathematician who sits around in his shorts and T-shirt, tabulating bets.

Instead of looking for facial tics or other good-luck rituals, “You look for subtle nuances like bet sizes, and how much time they’re taking,” says Simmons. “Does it mean they’re making a difficult decision? It’s almost the purest form of poker, because you don’t focus on the details around you. It’s like a strategic mind sport—like a game of chess.”

Partypoker ambassador Jason Koon—who will be playing in the event— describes online poker as “a bit more of a technical game. You can see exact chip stacks, and you’re a little less likely to make a mistake than you would in live poker, especially when you’re tired.”

He adds, “The art of looking at people is obviously out the window in online poker. It’s still a beautiful game, and it’s where I originally cut my teeth. But it’s definitely a bit more of a technical game and a lot less artful.”

Many players excel because of their ability to look at a game like a math problem, Simmons says. “They’re calculating all the time.”

‘Win Your Way to the Top’

But competition won’t be limited to math whizzes, according to Simmons. “I think there will be ample crossover. We’re taking our brand to a number of players who wouldn’t be able to play in a brick-and-mortar tournament. I would expect higher prize pools and larger participation.”

Partypoker Managing Director Tom Waters, based in the U.K., told iGamingPlayer that online poker is a great deal, because it’s so affordable. “You can play with a small amount of money. It’s a manageable product for a relatively long time.”

In the tournament, players who want to be seen can be, using a video app. “But not everyone has a web cam,” says Waters. “It’s something players will be able to choose to do.” He expects most participants will use avatars and play under aliases.

And the chance for a Cinderella story? “It happens sometimes. One thing we can guarantee is more recreational players who want to win their way to the top.”

Waters asks for the support of the poker community. “This is a big festival,” he says. “It’s high risk, and we need people to come in and support it. There are really nice incentives for the players. It’s nice to offer something a little bit different.”

iGP has the best promos and player bonuses! Sign up below to subscribe to your best source for betting info, analysis and special events.