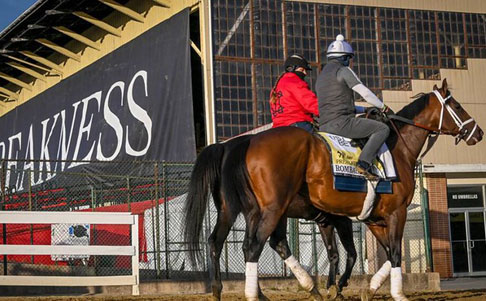 He was bested by Rich Strike in the Kentucky Derby, but Epicenter is favored to lead the charge in the Preakness, coming May 21 to Pimlico.

Steve Asmussen can sit back with the look of a poker player holding the nuts. He can survey the field for the 147th Preakness Stakes with the calm air of a trainer who knows he has the best horse in the field.

Because he is. And because he does.

So calm is Asmussen, North America’s all-time winning trainer, that at Monday’s post-position draw for Saturday’s middle jewel of the Triple Crown, he talked about how happy he was to see Early Voting.

Early Voting is trained by Chad Brown, not Asmussen. But this illustrates two things: that Asmussen and Epicenter fear nobody and how fond Asmussen is of a colt sired by one of the most successful horses ever to come out of Asmussen’s prolific barn.

“It’s exciting to run against Early Voting, me being a huge fan of Gun Runner,” said Asmussen, who trained the 2017 Horse of the Year. “So I’m very excited to see him.”

It’s likely the feeling isn’t mutual. If you strapped up every other Preakness trainer to a lie detector and asked if they were excited to see Epicenter, you’d need a new needle and probably 1 3/16 miles of paper to chart it. Why would they want to turn their charges loose against the fastest, most complete colt in the nine-horse Preakness field?

Well, Rich Strike could answer that—if he was here. But the 80-1 Kentucky Derby shocker is bypassing the Preakness for the Belmont Stakes three weeks from now. That longer race: 12 furlongs compared to the Preakness’ 9 ½, suits Rich Strike’s running style and training schedule better. His connections were not comfortable wheeling him back on two weeks’ rest—even for a Triple Crown race.

Betting the Preakness? Sign up to wager at PlaySugarHouse, and you’ll get a 100% deposit match of up to $250. 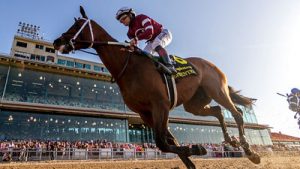 So without the Derby winner in the field—even an improbable Derby winner who wouldn’t have been better than 6-1 or the fourth-favorite in the field—Epicenter’s odds should be even lower. He opened as the 6-5 morning-line favorite when the post positions and odds were drawn Monday.

Because of the shallow Preakness field and lack of serious contenders, he may go off at even-money or odds-on come Saturday.

Why? Let us count the reasons: 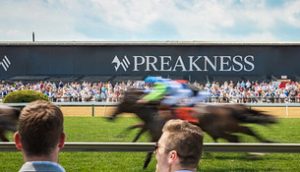 Asmussen already owns two Preakness titles, with two of the most recognizable equines this century: Curlin (2007) and Rachel Alexandra (2009). The latter was the fifth filly to win the Preakness. Two years ago, Swiss Skydiver became the sixth.

And Secret Oath is angling to be the seventh. Hall of Famer D. Wayne Lukas’ filly comes in as the 9-2 third-favorite after her decisive victory in the Kentucky Oaks. She has the speed: a 94 career-best Beyer and 105 Equibase that puts her in the mix here. She also has the foundation to hit the board, having finished third in the Arkansas Derby to Cyberknife and Barber Road despite a troubled trip.

As for Early Voting, the 7-2 second choice, he’s your front-end speed. Expect to see him vault to the lead and likely take Epicenter, Skippylongstocking and Fenwick with him. Chad Brown won the 2017 Preakness with 13.40-1 Cloud Computing, a colt he’s compared Early Voting to numerous times. Early Voting has the speed to crack the same code Cloud Computing did five years ago.

But Brown knows that Early Voting—talented as he is—isn’t the nuts here. That’s why Asmussen is the Epicenter of this year’s Preakness trainers.

Bet 100% Risk-Free, up to $750 at Tipico Sportsbook. Sign up today! No minimum deposit required.

What: The 147th Preakness Stakes
When: Saturday, May 21. Post time is approximately 7:01 p.m. ET.
Where: Pimlico Race Course in Baltimore, Maryland
Watch: Coverage begins at 2 p.m. on CNBC, NBCSports.com, the NBC Sports app and Peacock and moves to NBC-TV at 4 p.m. ET.