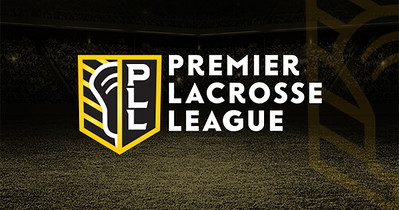 The seven-team Premier Lacrosse League sees itself as a way to fill a sports betting vacuum until the major pro sports resume play. To that end, the league has signed on with Genius Sports to provide official data for bettors.

Unlike most sports leagues where clubs are based in individual cities, the Premiere Lacrosse League has seven teams with no municipal affiliation. Instead they all gather in specified locales to play their games. Last summer, the teams played each other in 13 different cities.

That’s one of the oddities about the slice of professional sports. Less odd is the deal struck between the league and Genius Sports to provide official league content, statistics, and other wagering data to the league during its two week championship series in the summer. The agreement will hopefully make betting on the series popular with U.S. bettors starved for something to wager on.

The tournament, to be televised by NBC and the NBC Sports Network, plays out July 25 through August 9. The series replaces the completion of the league’s regular season, sidelined by the coronavirus pandemic.

The location will be released soon, said Paul Rabil, league co-founder along with his brother, Mike. The 20 games will be played under quarantine conditions and without fans.

“Having Genius Sports brings an editorial department into the picture that provides information to give fans tremendous insights into the competition,” said Paul Rabil, a star midfielder for the Atlas franchise.

The league has discussed its plans with sportsbook operators William Hill U.S., DraftKings, and BetMGM, and held preliminary discussions with regulators in several states, including Nevada, New Jersey, Pennsylvania, Indiana, and New Hampshire, according to CDC Gaming Reports.

Signing Genius Sports helps insulate the league and its players from any betting-related corruption.

“The PLL is committed to delivering the ultimate digital fan experience with sports wagering, providing a new competitive outlet to interact with every play of every game,” Genius Sports Group CEO Mark Locke said in a statement.