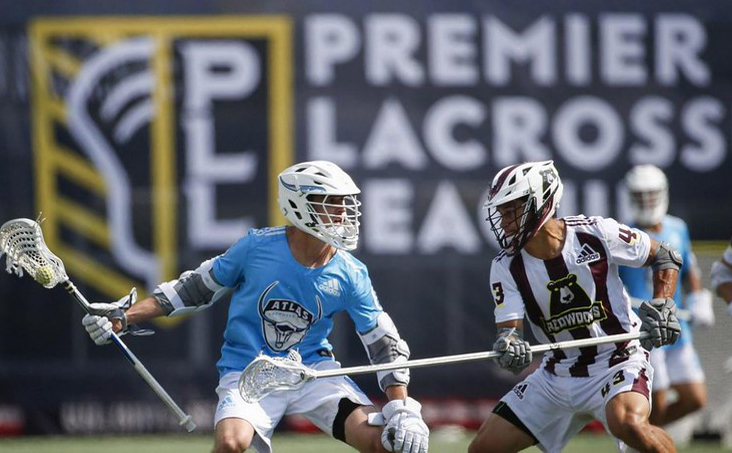 The seven-team Premier Lacrosse League is happy to fill the sports betting void until major sports resume. To that end, the league—set to return for its second season in July—has signed on with Genius Sports to provide official data for bettors.

The Premier Lacrosse League (PLL) will return for its sophomore season in July. Instead of a full season, the El Segundo, California-based league—which boasts “the 180 best players in the world“—will hold a 16-day tournament to wrap up the Year That Almost Was.

The tournament, July 25 through August 9, will be televised by NBC and the NBC Sports Network. Games will be played under quarantine conditions and without fans.

According to Paul Rabil, league co-founder along with his brother, Mike, social media has given non-core sports and lesser leagues a way to reach a wider audience. It took a latter-day plague to propel the PLL onto the global stage, but that’s fine by them and great for fans and bettors too.

Unlike most sports leagues, whose clubs are based in individual cities, the PLL has seven teams with no municipal affiliation. Instead, they all gather in specified locales to play their games. Last summer, for instance, the teams faced off against each other in 13 different cities. This summer, they were to have met in Salt Lake City, Atlanta and Raleigh, North Carolina, Portland and Foxborough, Massachusetts, among other cities. The location of the upcoming mini-season has yet to be announced.

Revving up for the games, the PPL has struck a deal with Genius Sports to provide official league content, stats and other wagering data during the two-week championship series. The agreement will hopefully make betting on the series popular with U.S. bettors starved for something to wager on.

Bragging rights to anyone who can name all seven teams of the PLL! Answers below.

Info from Genius Sports gives fans “tremendous insights into the competition,” said Rabil, a star midfielder for the Atlas franchise.

“The PLL is committed to delivering the ultimate digital fan experience with sports wagering, providing a new competitive outlet to interact with every play of every game,” Genius Sports Group CEO Mark Locke said in a statement.

Sign up to play at BetMGM.com, and get a $10 casino FREEPLAY When you bet on any future!

The league has discussed its plans with sportsbook operators William Hill US, BetMGM and DraftKings, and held preliminary discussions with regulators in several states, including Nevada, New Jersey, Pennsylvania, Indiana, and New Hampshire. Look for this organization to stick around.

For more on the Premier Lacrosse League, its teams and players, go to https://premierlacrosseleague.com/