HomeThe ShufflePremier League: Bet Who Gets the Golden Boot

Premier League: Bet Who Gets the Golden Boot

Lukaku and Ronaldo face more than a few rivals for the English Premier League’s Golden Boot. Let’s run down the favorites, upstarts and spoilers.

Right now, Manchester United’s Bruno Fernandes shares the Premier League’s goal-scoring lead with West Ham’s Michail Antonio. Both found the net four times. Both have that feral, take-no-prisoners attitude around the goal. And both are the type of player opposing coaches game-plan to beat. 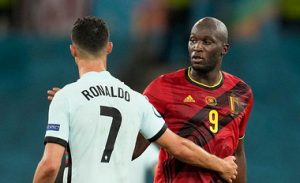 Both of them look far up the odds table at the two favorites to finish as the Premier League’s top goal scorer. Up top, two very familiar faces look down at them: Chelsea’s Romelu Lukaku and Fernandes’ new Manchester United teammate, Cristiano Ronaldo. Both currently sit at 3/1.

The Golden Boot is one of the Premier League’s most coveted individual awards. It goes to the player scoring the most goals in a season. The list of winners reads like a Who’s Who of the EPL: Teddy Sheringham, Michael Owen, Alan Shearer, Thierry Henry, Didier Drogba, Robin van Persie, Mohamed Salah and Harry Kane, among others.

Henry, Arsenal’s iconic striker from the turn of the century, owns four Golden Boots, the most of any player. Shearer, the top scorer in Premier League history, has three, and so does Kane. Owen, Salah, van Persie and Drogba own Golden Boot bookends.

You get the idea. Golden Boots come in bunches, and it’s likely to take more than the 23 goals that claimed the Boot the last two seasons to carry it off this year. This year’s list of reasonable contenders is as deep as it’s been in a decade. 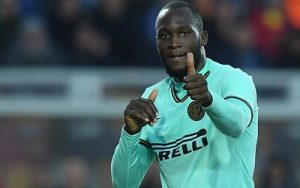 There’s Lukaku, Chelsea’s $135 million man, who’s at the top of his considerable game. He already has three goals in three games, and his power game and bull-like strength make him borderline unplayable at times—even by some of the best center backs in the game. This week, Lukaku scored the lone goal in Chelsea’s 1-0 Champions League victory over Zenit St. Petersburg.

“He’s the talisman in this team now. He’s their go-to guy,” former Manchester United defenseman and current BT Sport commentator Rio Ferdinand said. “If there’s a problem finishing a game, in the short time he’s been there, he’s already proving that when there’s an opportunity there to be had, he’s got ice in his veins.”

While Lukaku’s bull-in-a-china-shop approach grabbed attention from the pundits, he’s fighting to keep the spotlight off the flashy feet of Manchester United’s shiny new toy—Ronaldo. Even at 36, even 16 seasons removed from a 31-goal Golden Boot season during his first Man-U go-round, Ronaldo remains a popular choice to claim his second.

When Manchester United signed him away from Juventus in August, Ronaldo became an instant 3/1 favorite to claim the Golden Boot. When he scored twice in his Red Devils’ debut 2.0, pacing Manchester United to a 4-1 thrashing of Newcastle, some betting shops dropped him to 11/4. 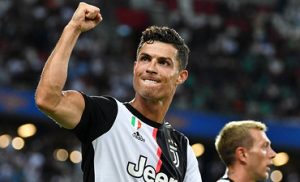 Choosing between Lukaku and Ronaldo means more than choosing between power and grace. You have to factor in the supporting cast and the different styles. Right now, Manchester United wants to play Ronaldo as a true No. 9. But unlike Lukaku—the definition of a true target striker—Ronaldo can play all over the field. He can drop back, he can go side-to-side, and he can score from anywhere in the box.

After his stunning return against Newcastle, Shearer named Ronaldo as one of the front three with Lukaku and Wilfried Zaha, saying: “Did you expect anything else?! Two goals and too good. What a return to Old Trafford for the superstar!”

All this bodes well for a player who scored 118 goals in his first Manchester United stint. And that was playing with Wayne Rooney, himself a prolific scorer. Now, however, Ronaldo competes for touches with fellow Portuguese midfielder Fernandes, forward Marcus Rashford, off-the-bench threat Edinson Cavani, and the resurgent Mason Greenwood, who loomed as the unfortunate player without a chair once Ronaldo stopped the music.

Manchester United manager Ole Gunnar Solskjaer dismissed any notion that there’s not enough ball to go around. After Ronaldo’s welcome-home brace against Newcastle, Solskjaer explained why Ronaldo and Fernandes are such a potent duo.

“Good players can always play together and they’ve got such mutual respect. They play in the national team together,” Solskjaer told reporters. “We will work to develop that partnership, of course.”

But can a 36-year-old Ronaldo stay healthy? Will Solskjaer play the load-management card, sitting his star against Premier League also-rans to keep him fresh for the Premier League run-in or Champions League play? 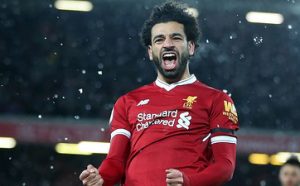 Behind those two sits Salah (11/2), who claimed his first Golden Boot with 32 goals in 2017-18. He shared the award the following season with Liverpool teammate Sadio Mane and Arsenal’s Pierre-Emerick Aubameyang. All three scored 22 times.

Go one more down the list and you find the preseason favorite: Tottenham’s Harry Kane. As the defending Golden Boot winner for his 23 goals last year, Kane is 10/1 to win his record-tying fourth. Spending a summer playing for England in the European Championships in between wanting out of Tottenham hasn’t helped Kane’s form. He’s struggled to find the net thus far this season.

Others to watch for value include the aforementioned Fernandes, Everton’s streaky Dominic Calvert-Lewin (14/1) and Leicester City’s Jamie Vardy (20/1), the 2016-17 winner.

But when banking on a Golden Boot bet, understand all the factors going into cashing that ticket. You’ve got to get a player on a good team who can score goals. But on a good team that doesn’t have too many players needing the ball.

You need a player who gets good service from his teammates. But not at the expense of the team dynamics or overall game plan. That means you have to get a player who understands his role is making goalies fish the ball out of their nets. Period.

And above all, you need a player who will stay healthy. It’s really hard scoring goals from the training room. Stay on the pitch with Premier League insights right here at iGamingPlayer.

Register an account at Caesars Sportsbook. If you lose your first bet, earn a free bet of equal value up to $5,000! Terms apply.

*Prediction: Lukaku to win with 25 goals

Sign up at PlaySugarHouse and your first deposit will be matched, dollar for dollar, up to $250. Start betting today!