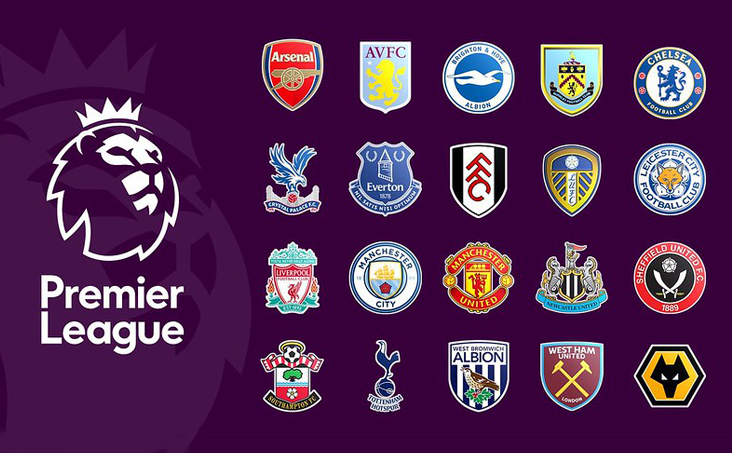 The English Premier League kicks off its season Friday, when newly promoted Brentford meets Arsenal for the 2021-22 EPL opener.

For Arsenal, the question is: Can the one-time Top 4 constant return to European football?

The Gunners haven’t played in the Champions League since 2013-14. They haven’t finished better than fifth since 2015-16, when they came in second. And they’ve finished eighth the last two seasons—uncharacteristic for a one-time top-three mainstay.

PointsBet puts them at 50-1 to win the Premier League and +450 to crack the Top 4, which earns an automatic Champions League berth.

For Brentford, the question is one of mere Premier League survival. Can the Bees finish at least 17th and avoid dropping back into the Championship? PointsBet puts +110 odds on Brentford’s relegation, making them the third-favorite behind Norwich City (-112) and Watford (even) to drop. Interestingly, those three earned promotion to the Premier League last year.

That opener, between teams that probably won’t factor into the title chase, is what makes the Premier League the world’s most popular sporting league—yes, even more than the NFL. Every team has a story and a goal, even the mid-table teams usually ignored over the title chase. Teams like Crystal Palace, the Wolverhampton Wanderers, Burnley and Southampton look at a 13th or 14th place finish like the Holy Grail.

Of course, Manchester City isn’t one of those teams. The Citizens made a mockery of the title chase last year, winning their third title in four seasons by a relatively easy 12 points. And PointsBet makes them better than odds-on to make it four out of five, slapping -150 odds on them to hoist the Premier League trophy at the May 22 season finish line.

Reasons aren’t hard to find. There’s the endless splash of cash, which washed in midfielder Jjack Grealish from Aston Villa for a Premier League-transfer record $135 million. Then there’s standout manager Pep Guardiola, who presides over stacked teams wherever he goes (see Barcelona and Bayern Munich).

There’s creative midfielder Kevin DeBruyne, one of the league’s best players, the defensive core of John Stones, Aymeric Laporte and Ruben Dias, the league’s best goalkeeper in Ederson and a team devoid of weaknesses. Well, with the iconic Sergio Aguerro departing, there’s the lack of a true No. 9 that would have been addressed had Manchester City poached Harry Kane from Tottenham.

There’s the fact only once in the last 12 seasons has a team defended (Manchester City, of course). And there’s the fact their three closest pursuers all got better. But even with all that, the title still goes through the blue half of Manchester.

Double down on your first settled bet at Golden Nugget. Bet on any sportsbook market (min. odds -200) and your stake is matched with a free bet up to $250.

Speaking of Blues, expect a resurgent Chelsea to be Manchester’s first-among-equals in terms of pursuers. Chelsea went out and got that true No. 9, dropping a club-record $135 million on re-acquiring Romelu Lukaku from Inter Milan. The Blues had the elite striker between 2011 and 2014, but played him in only 15 games. They add him to an already deep, well-coached team that took off when Thomas Tuchel replaced club legend Frank Lampard mid-season. The eventual landing spot was beating Manchester City, 1-0, in the Champions League final.

Tuchel is a tactical wizard, known for adapting his formations to the players at his disposal. He’ll switch formations numerous times throughout a season, with one move possibly being moving American Christian Pulisic from midfield to wingback. That would put Pulisic’s speed and passing ability on display for Lukaku and Timo Werner. Of course, there’s stellar holding midfielder N’golo Kante to clean up any spills.

Chelsea is co-second favorite with Liverpool at +500 to win the Premier League, and minus-400 to grab a Top 4 spot.

Join Unibet Sportsbook today. Once you add funds, Unibet will insure your first cash bet up to $500 back if you don’t hit a winner. 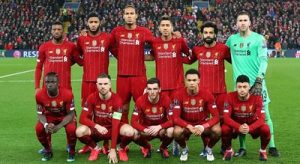 Two years ago, Liverpool finally captured the Premier League, a gorilla-sized lump on the backs of the franchise since the league began in 1992. Liverpool regressed last year as injuries and poor form to key players inflicted the almost-inevitable post-title letdown. But a 30-point letdown?

The injuries wreaked havoc on the Reds’ back line, including center back-deluxe Virgil Van Dijk, arguably the best defender in the league. Once his back line mate, Joe Gomez, went down with his own injury, Liverpool was effectively done. That the Reds won their last five games to nip Chelsea for third (69 points to 67) was a testament to Jurgen Klopp trusting fill-ins Nat Phillips and Rhys Williams to plug the gaps.

Both Van Dijk and Gomez are back and fit. Klopp added Leipzig’s Ibrahima Konate for more defensive help, meaning he can put midfield warhorses Jordan Henderson and Fabinho back up where they belong.

The scoring trio of Mo Saleh, Sadio Mane and Roberto Firmino return again with their brand of offensive fireworks. But they’re not getting any younger, and it’s probably asking too much for a return to 2018 or 2019 form for these three. The upshot is you get a slipping Liverpool and a resurgent Chelsea at the same odds for both a league title and Top 4 finish. Plan accordingly. 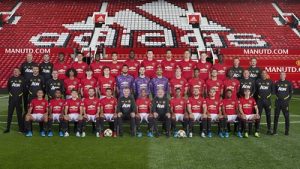 That is, unless you think the other Manchester team—Manchester United—will sneak past Liverpool. It’s not out of the realm of possibility, and not just because Manchester United fans used to set their calendars to the exact moment the Red Devils wrecked Liverpool’s title dreams. The Red Devils are +800 to win their first Premier League title since 2013—iconic manager Sir Alex Ferguson’s final year—and minus-334 to crack the Top 4.

Even with Grealish and Lukaku making most of the transfer noise, Manchester United probably shored up more needs than any of its top-four brethren. They shopped in Spain, purchasing defender Raphael Varane from Real Madrid. And they bought German, picking up midfielder Jadon Sancho from Borussia Dortmund.

They add Sancho to a midfield already sporting the electric Bruno Fernandes, who’s scored 40 goals and added 25 assists in 80 games for the Red Devils. And they add Varane to a defensive core featuring Harry Maguire in the middle and Luke Shaw and Aaron Wan-Bissaka on the wings. And we haven’t mentioned strikers Marcus Rashford and the venerable Edinson Cavani, who always seems to chip in key goals off the bench.

The X-factor remains Paul Pogba, who has yet to sign a long-term contract that would keep one of the best midfielders in the world at Old Trafford. If the enigmatic Pogba re-ups, the Red Devils could begin their title push this year, with a serious chance to turn Manchester red again next year. 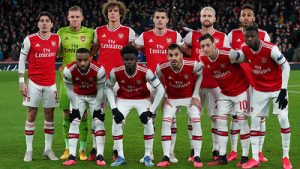 Then, it falls to the trio of Arsenal, its North London blood rivals, Tottenham, and the remarkably consistent Leicester City. We’ve already discussed the Gunners, who feature one of the best young players in Europe in 19-year-old Bukayo Saka.

Don’t focus on Saka’s penalty kick miss for England in the Euro finals against Italy. Instead, look at his five Premier League goals and four assists in 32 games last year. Focus on how precocious the teenage midfielder looked at Euro 2020, and how manager Mikel Arteta plans to give him more freedom this year.

Tottenham’s focus is where it always is: on Harry Kane and staying out of its own way. Tiring of the Spurs’ perennial lack of silverware, the talismanic striker wanted out of North London this year. A proposed deal sending him to Manchester City fell through, so Kane is back, playing for yet another new manager in former Wolves boss Nuno Espirito Santo. Spurs are +5,000 to win the Premier League and 5/1 to find the Top 4.

Leicester City stumbled down the stretch last year, wasting what was a certain top-four spot by losing three of its last five (1-1-3) in the run-in. That allowed Chelsea to squeeze past them by one point for that fourth spot. With Kelehi Ihenaocho picking up much of the offensive slack from the aging Jamie Vardy and young defenders Wesley Fofana and James Justin, manager Brendan Rodgers has the pieces in place to make another Europe run.

The EPL season’s just starting! For the best previews, picks and pans, stick with iGamingPlayer all the way to May.