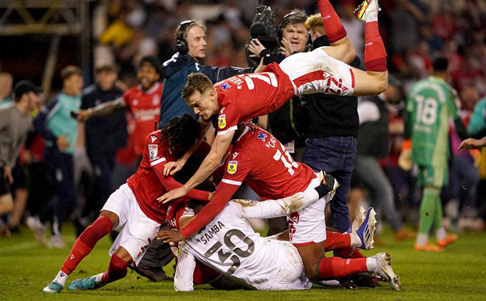 The Premier League began its season last week and we take a look at some of the best bets that can be made on the elite soccer league.

Wherever you look and whatever you read and hear concerning the Premier League pecking order, you read and hear the term “Big 6” to describe the top six teams in the most entertaining, richest league in the world.

Once upon a time, there was a Big 6. Not now. Not anymore.

The Premier League is Manchester City’s and Liverpool’s world. Chelsea, Arsenal, Tottenham and Manchester United – along with the other 14 teams – are just living in it. Since the 2017-18 season, Manchester City (four) and Liverpool (one) own all five titles. Two of those seasons (2018-19 and 2021-22), City won its title by a single point.

And since the beginning of 2018-19, City and Liverpool are separated by that single point: 358 for City, 357 for Liverpool. The next closest pursuer? Chelsea at a distant 279.

The statistics gurus at FiveThirtyEight.com give City a 46% chance to win the league. They give Liverpool a 30% shot. They give Chelsea, Tottenham, Arsenal and United a 19% chance – combined. 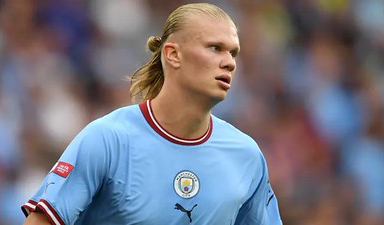 To illustrate how far ahead Pep Guardiola’s City and Jurgen Klopp’s Liverpool are to their ostensible rivals, both teams lost significant firepower. City bid farewell to Raheem Sterling (who went to Chelsea) and Gabriel Jesus (Arsenal). Liverpool watched popular forward Sadio Mane’ head to Bayern Munich. Any of these departures would kneecap the rest of the Big 6.

Instead, City responded by plucking Erling Haaland from Borussia Dortmund. Haaland is the most electric young forward not named Kylian Mbappe. He was atop the wish lists of every powerhouse team in Europe.

So naturally, the Norwegian sniper wound up in Manchester, playing for Guardiola. You put an incandescent scorer like Haaland – who scored 41 goals in all competitions two years ago — with passing wizards like Kevin de Bruyne and Bernardo Silva and it’s no wonder Haaland is the +275 favorite to win the Golden Boot as the Premier League’s top scorer.

Get a 20% Soccer Profit Boost at BetRivers. The boost can be used on any soccer wager with odds greater than -200. Maximum bet of $25. 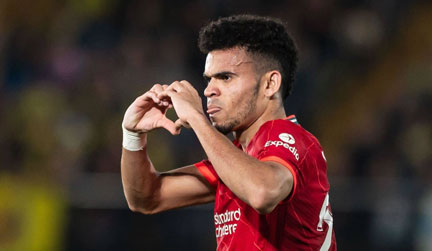 Liverpool responded by using Liga Portugal – Portugal’s top league – as its personal farm system. The Reds first grabbed Luis Diaz from Porto last January, then watched him score four goals in 13 games. Because that wasn’t enough, Klopp went back to the Portuguese bazaar and snagged Darwin Nuñez from Benfica for a team-record £85 million.

Last year, Nuñez scored 32 goals in all competitions. When you add Mo Salah and the quick feet that averaged 23.6 goals a season over the last five and Liverpool is a defender’s nightmare.

Speaking of Salah, he’s the second choice to win the Golden Boot at +450. Before you take the plunge on Haaland and his lack of value, consider no player coming in from another league has led the Premier League in scoring in his debut season.

Tottenham’s Harry Kane, who has at least 17 goals in each of the last eight seasons, is a potential steal at +600. A potential bigger steal is Arsenal’s Jesus, who gives the Gunners a legitimate No. 9 they needed with the departures of Pierre-Emerick Aubameyang (Barcelona) and Alexander Lacazette (Lyon). He’s +1200, a good price for a target striker who won’t be competing for touches and opportunities. 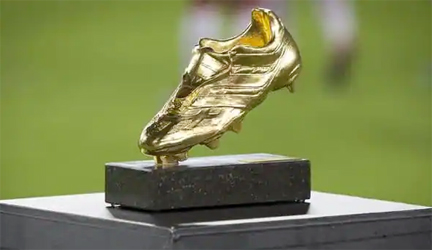 You won’t find any serious Golden Boot candidates on Bournemouth, Nottingham Forest and Fulham, the three promoted teams from the Championship. All three are favored to return whence they came—dropping back down through the relegation trap door. BetRivers has Bournemouth as the relegation favorite at minus-167. Nottingham Forest is at -106 and Fulham at +200 to drop.

That said, only once in Premier League history did all three promoted teams plunge back the following year. That was 1997-98, when Bolton, Barnsley and Crystal Palace turned that dubious trick. So, if you’re prudently looking for relegation bait from Premier League veterans, Southampton (+200), Everton (+275), Leeds (+275), Brentford (+350), and Wolverhampton Wanderers (+350) deserve relegation consideration.

Often, the relegation battle is more gripping than the title bout. And last year’s battle for the precious 17th-place spot came down to added time in the season’s final game.

With Norwich City and Watford already relegated, Leeds and Burnley went into last season’s final day level on 35 points. Burnley held the edge, courtesy of superior goal differential. But Burnley fell behind Newcastle, 2-0. As that was happening, Leeds took a 1-0 lead on Brentford, which equalized in the 78th minute. Maxwell Cornet’s goal brought Burnley within 2-1. But Jack Harrison kept Leeds in the Premier League with an added-time goal that sent the Clarets down.