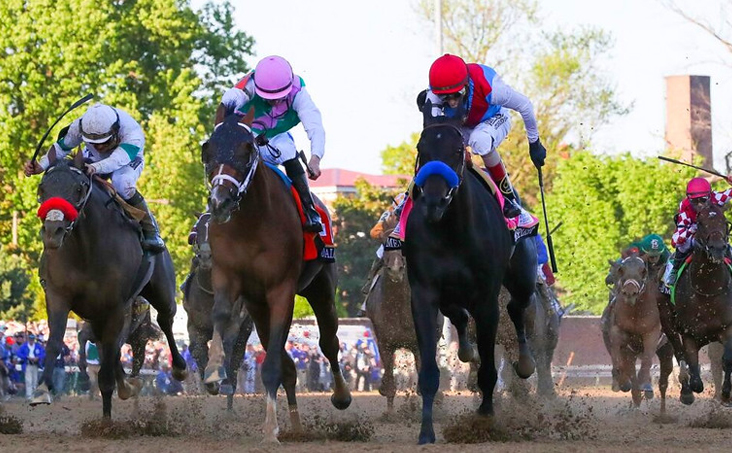 An eighth win at the Preakness Stakes on Saturday would make Bob Baffert the race’s winningest trainer. But Baffert and Kentucky Derby winner Medina Spirit come in under a shadow.

Start with one of the fastest 3-year-olds in racing, back on the Triple Crown trail. Add Japan’s first Preakness starter in five years. Bring in a dangerous sleeper, trained by the man who conditioned two of the 21st century’s top Preakness winners. Finally, add a Kentucky Derby winner in search of the second jewel of the Triple Crown. All will factor into the Preakness Stakes Saturday, May 15, from Pimlico Racetrack in Baltimore. 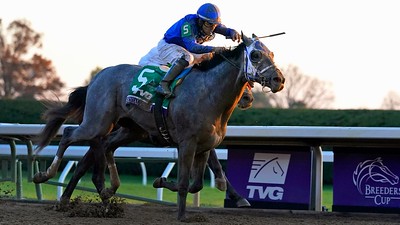 This year, Hall of Fame trainer Bob Baffert is bringing Kentucky Derby upset winner Medina Spirit to the proceedings. Baffert’s won seven times at Pimlico, going back to the 1990s (the only blemish came in last year’s pandemic race, when filly Swiss Skydiver held off Derby winner and eventual Horse of the Year Authentic in a race for the ages).

But on Sunday, this ceased to be a normal Triple Crown year. Baffert won’t even be in Baltimore this weekend, after Medina Spirit tested positive for excessive amounts of the anti-inflammatory betamethasone. He’s leaving marching orders for Medina Spirit and Concert Tour to assistant trainer Jimmy Barnes and bloodstock agent/racing manager Gary Young.

While not illegal and while not a performance enhancing drug, per the Kentucky Horse Racing Commission, betamethasone is a no-no on race days. Any horse with a trace of it in his system is subject to disqualification.

Baffert spent the week explaining himself. At first, he denied administering the medication to the colt. Then, on Tuesday, he put out a statement saying the betamethasone could be the result of an ointment applied on Medina Spirit’s hindquarters for a rash. That ointment, Otomax, contained betamethasone (which would have been obvious to anyone looking at the ointment’s ingredients).

Baffert already had a betamethasone-positive and subsequent DQ with standout sprinter Gamine from last year’s Kentucky Oaks. It made the 68-year-old trainer tell his stable employees not to use anything with the anti-inflammatory. Yet, his unnamed vet treated his lone Derby horse with an ointment containing the drug every day for the better part of a month. 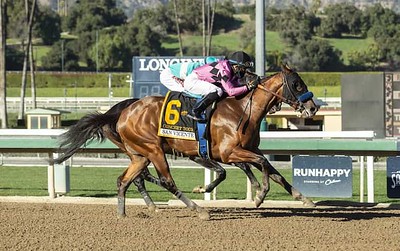 Yet here we are, with Medina Spirit the 9/5 favorite, and stablemate Concert Tour the 5/2 second choice. They’re the alpha and omega of the Preakness. Both are unbeaten when taking the early lead in races.

En route to his Derby win at 12/1, Medina Spirit ran his typical gritty-little-colt race. He seized the lead and refused all challengers: runner-up Mandaloun, third-place Hot Rod Charlie, and 5/2 race favorite, the previously unbeaten Essential Quality. He produced a career-best 102 Beyer Speed Figure and sparkling 111 Equibase Speed Figure. You have to wonder if he’s going to bounce coming in off a two-week turnaround. That said, Derby speed horses generally enjoy good success in the Preakness, going back to Funny Cide and Smarty Jones in 2003 and 2004.

California Chrome (2014), American Pharoah (2015), and Justify (2018) bear this out further. Even Oxbow, who finished sixth in the 2013 Derby, came back two weeks later to win the Preakness. Despite finishing six lengths behind winner Orb, Oxbow was the only horse who ran near the front in the opening half-mile to finish in the Top 6.

Like the Derby, the Preakness rewards speed and tactical speed. Front-runners tend to win. The Preakness isn’t as hostile to closers as the Derby, but only three horses this century won the Preakness from more than five lengths back: Point Given (2001), the incomparable Curlin (2007) and Exaggerator (2016).

This bodes well for Medina Spirit, Concert Tour, Midnight Bourbon, and France Go de Ina, trained by Hideyuki Mori. The Kentucky-bred son of Will Take Charge becomes the first Japan-based Preakness starter since Lani finished fifth in 2016. He won two of his three starts in Japan before finishing sixth at the UAE Derby in Dubai.

Grab the Preakness Stakes Money Bet-Back at TwinSpires.com! Get your money back if your horse runs second or third in any race at Pimlico, through May 15.

See How They Run 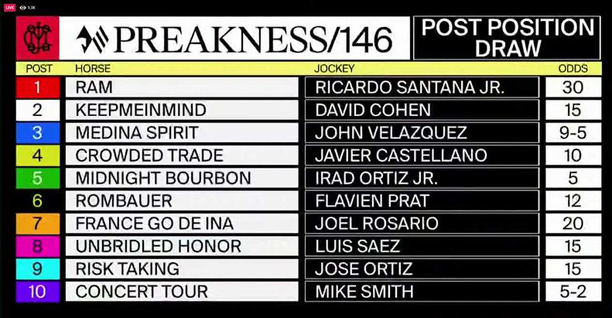 Expect Medina Spirit and Concert Tour to take the race forward. Baffert didn’t think Concert Tour was ready for the Kentucky Derby after his disappointing third in the Arkansas Derby, his only loss in four races. Concert Tour was considered Baffert’s top Derby hope going into the Oaklawn Park starting gate.

In the Preakness, Concert Tour starts from the outside post: No. 10. So expect jockey Mike Smith to send him out of the gate like a bazooka toward the lead. How Medina Spirit responds to this will decide the nature of the 2021 Preakness.

Expect Midnight Bourbon, forced into a closer’s role because of the Derby traffic, to join the fray and wait for an opening. That’s what the Steve Asmussen colt did when he finally got daylight in the Churchill Downs stretch, earning a sixth-place finish. A victory here, and Midnight Bourbon joins Curlin and the amazing filly Rachel Alexandra (2009) as Asmussen Preakness champions.

Midnight Bourbon, Medina Spirit and Keepmeinmind—who outran his odds and finished seventh—are the only three Derby horses at Pimlico.

The rest of the field are closers and mild stalkers of varying talents who need Baffert’s tandem to reel out ridiculous fractions, melt the pace down, and pick up the pieces. The Chad Brown-trained tandem of Crowded Trade and Risk Taking are likely candidates, although California-based closer Rombauer always steals a piece of the board at hefty odds (see “Jesus’ Team/2020 Preakness” for ready reference).

Yes, like the Derby, a closer always manages to find the board. Jesus’ Team finished nearly 10 lengths behind Swiss Skydiver and Authentic in last year’s Preakness. But he did so at 40/1, thus producing a $1,205 trifecta payout on a $1 ticket.

That said, like the Derby, the Pimlico winner’s circle tends to take on a chalky hue. Favorites won 10 of these since the turn of the 21st century. Several of those were Baffert horses.

But again, this year, Baffert horses come in under a shadow.

Nobody knows racing like Dawn Harris! For deep insights on the tracks, the trainers, and the contenders, read Dawn at iGamingPlayer.

Mark Your Calendar for the Preakness

What: The 146th Preakness Stakes
When: Saturday, May 15, post time 6:50 p.m. ET
Where: Pimlico Race Course, Baltimore
Watch: NBC-TV or livestreamed at FuboTV

With Diaz Out, UFC 2