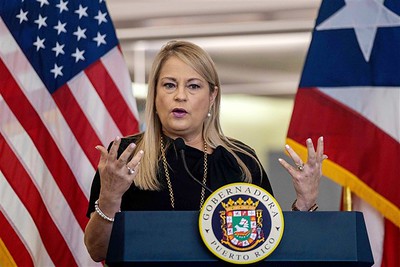 In one of her final actions before leaving office, former Puerto Rican Governor Rico Wanda Vázquez Garced (l.) signed a new law that will allow sports betting and esports as ways to create new businesses and jobs.

Former Governor Rico Wanda Vázquez Garced has signed legislation which paves the way for sports betting and esports. The measure was among the last Garced signed before stepping down, according SBC Americas.

“With this amendment, we can complete and launch a new industry with the potential to create thousands of jobs,” Vazquez Garced said.

The government of Pedro Pierluisi will implement the new law and activate these industries. Such activity could bring around $87 million in profits for the government over five years.

“The truth is that it has been a very complicated process, full of obstacles. But some regulations are ready to be presented, and they will define sports betting and fantasy sports activities,” said outgoing Executive Director of the Gaming Commission, José Mamo Azize.

Caesars Gets Nod to