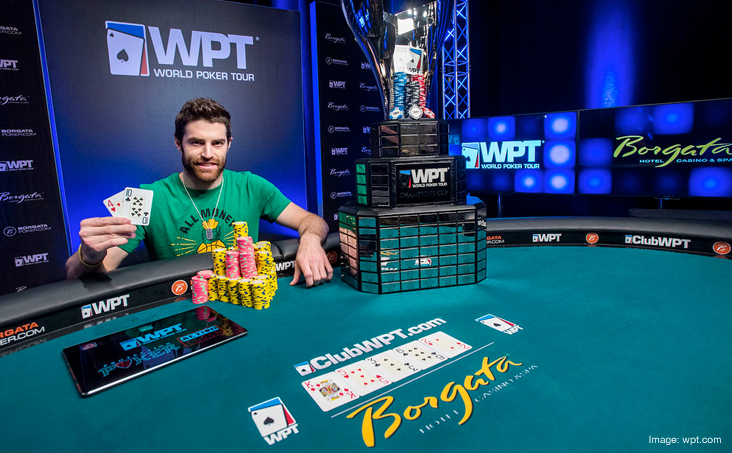 Now’s the time to get in on the 2019 Borgata Fall Poker Open, to be held in Atlantic City November 5–22. Online satellites run through November 17.

One of the big advantages of online poker is the marriage between online satellites and live major online tournaments at real casinos. It’s most evident in satellites for the World Series of Poker each summer at the Rio in Las Vegas and at WSOP.com.

You may not know that the Borgata Hotel Casino & Spa in Atlantic City holds five major live tournament events a year, including spring, summer, fall and winter opens. And you can satellite your way into any of them.

Since October 7, the Borgata—with its partner Party Poker NJ—has been holding satellites for the 2019 Borgata Fall Poker Open, to be held in Atlantic City November 5–22. Online satellites run through November 17.

The opening event of live Borgata tournaments, with a guaranteed prize pool of $500,000, usually brings out a massive field. It will be held November 6–7.

Sign up at Poker.BorgataOnline.com and get $20 free and your first deposit matched up to 100%! iGamingPlayer.com has the best signup bonuses for Borgata.com.

You can also play super-satellites for the Borgata Fall Open Championship tournament. The championship is a $1 million guaranteed event to be held November 16–21.

And remember, satellites are still live poker tournaments with their own cash payouts.

Win Your Way In
Satellite wins don’t include travel expenses or a free stay at the Borgata, though the hotel does offer special deals for participants in the Fall Open. If you’ve ever dreamed of playing in a big-time tournament in Atlantic City, now’s your chance to win your way in.

For a full schedule, go to Poker.BorgataOnline.com.

How to Bet On the Br