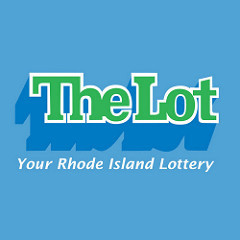 Residents of Rhode Island could be betting on sports in as soon as three months. Governor Gina Raimondo, who had already included funds from sports betting in her $9.6 billion budget, last week signed the measure allowing the lottery to offer it.

With the overwhelming vote by both chambers and the governor’s signature, the Ocean State becomes the second state to legalize sports betting since the Supreme Court lifted the ban on it in May. It joins Delaware and New Jersey.

Senate President Dominick J. Ruggerio issued this statement: “This budget includes many Senate priorities, including increased education aid, investment in school buildings, and funding for the care of individuals with intellectual or developmental disabilities and DCYF. It maintains the progress we have made in lowering taxes to improve our business climate while also investing in economic development, and it provides Rhode Island with the highest percentage of revenue in the nation for sports wagering. This was a collaborative effort among the Senate, House and Governor Raimondo, and I am grateful for their partnership in development of this responsible, compassionate budget.”

Under the law, the state’s two casinos, in Lincoln and Tiverton, will offer single game sports betting. The host communities will be paid $100,000 each year. Sports betting will be regulated and operated by the state lottery in coordination with the casinos and vendor, International Gaming Technology (IGT.) So, instead of taxing casino revenues, the state will share the profits with the casinos and vendor.

The state will get 51 percent of the profits, the vendor will get 32 percent and the casino will get 17 percent.

Online and mobile sports betting will not be permitted. Most lawmakers agree that would require a vote of the people to amend the state constitution.

The governor’s budget projects $23.5 million in revenue the first year, which suppose about $900 million in wagers. Some industry experts think that’s a stretch, given that last year Nevada took $5 billion in wagers and it has been offering sports betting for decades.