HomeThe ShuffleRacing to the Finish

Racing to the Finish 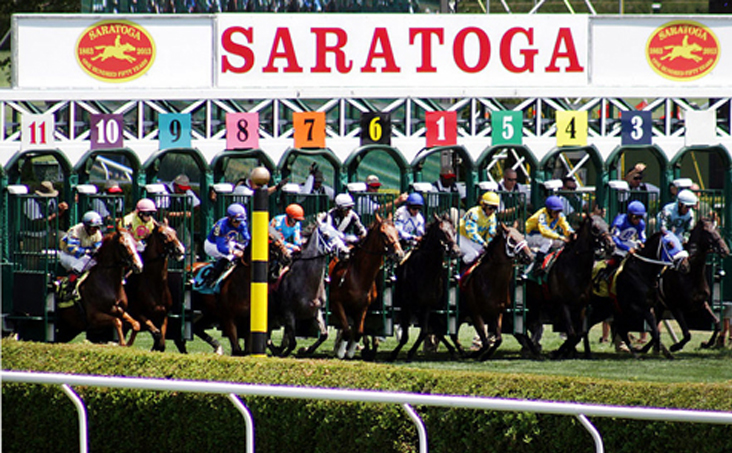 Dave Bontempo counts down to the end of summer with exciting racetrack action: Saratoga to Gulfstream, Colonial Downs to Kentucky Downs. Before you bet, get the inside track from Davey B!

The last day of Saratoga’s race meet on Labor Day, Monday, September 2 requires a mandatory payout of the Empire 6. This was the wager implemented in August, featuring a $.20 bet minimum and a reasonable 20 percent takeout. The wager requires that you select the first-place finisher of the last six races.

Though that’s a daunting task, you can take a stab at the riches for a small investment. It’s worth a shot—mandatory payout days boost wagering substantially, and.

To have a realistic chance and stay within your budget, you usually have to succeed at “singling”—winning at least one race by picking just one horse. That opens the door to other races where you can pick several horses or an “all” ticket, meaning every horse in the field. It’s great action with a potentially big upside.

Saratoga concludes its final weekend in style, headlining a strong August 31 card. The Saratoga lineup includes the $750,000 Woodward Stakes, the $250,000 Glens Falls and Prioress races along with the $200,000 Saranac.

Colonial Downs in Virginia offers the $250,000 Virginia Derby, while Gulfstream in Florida has the Affirmed and Susan’s Girl Stakes, both worth $200,000.

This is turf majesty. This facility is home to America’s only European-style (all-turf) racecourse. Unlike other tracks, which are typically oval, the course at Kentucky Downs is kidney-shaped, featuring undulation and a unique right-hand bend.

Run for the ROI
For the best in online horserace betting, sign up at PointsBet.com, TwinSpires.com and BetAmerica.com. And leave ’em in the dust!

Game of the Week: Da