Rahm the Favorite in Open Championship 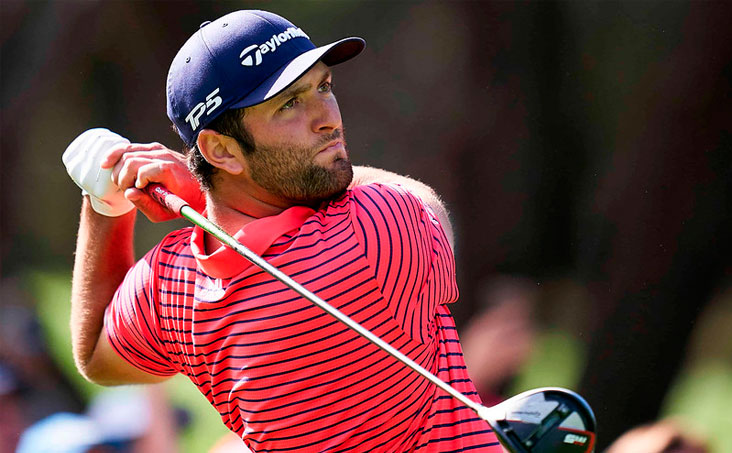 The season’s final major, the Open Championship, is the most pressure-packed because it’s played on unforgiving courses. U.S. Open champion Jon Rahm is the favorite to win this year, at Royal St. George’s in Kent.

For American consumers, it’s often called the British Open. But the rest of the world knows it by the correct name: the Open Championship.

The longest running of all major golf tournaments, the 149th edition of the Open Championship will be played this year at Royal St. George’s in Kent, England, starting July 15.

The tournament was canceled last year due to the pandemic; this year’s version will host 32,000 spectators, around 80 percent of normal. Golfers will be subject to daily Covid testing and the previously vaccinated aren’t happy about it. Two eligible golfers—Koreans Si Woo Kim and Sungjae Im—have declined to participate, but cited preparations for the Olympics in late July as the reason.

For the first time in 2021, the Open is the final major of the year, after the PGA moved to May.

Nonetheless, the Open is always a betting extravaganza. It rotates among a variety of courses in England and Scotland (except for the 2019 tournament, held in Northern Ireland). The Old Course at St. Andrews is the most frequent host, and will host the 150th Open in 2022. They’re all links courses, with challenging roughs and often hellacious weather.

Royal St. Georges is no different, and will host the championship for the 15th time this year, for the first time in 10 years. With only two par 5s, the 7,200-yard course features many blind shots and doglegs, with elevation changes and difficult pin locations. It will truly be a challenge for even the world’s best golfers.

Turn big plays into paydays at BetMGM.com! Start with a risk-free bet up to $600. Simply sign up, deposit and place your first bet. If the bet loses, you’ll receive the amount of your wager back in free bets.

Betting the Open is always a challenge. Every few years, someone comes out of nowhere to win it, and you rip up your betting slips in disgust.

And hot streaks are also important: nine of the last 11 champions had multiple Top 5 finishes leading up to the Open, and eight were outright winners in that year. Taking time to rest up before the event isn’t a great idea, as eight of the 11 winners played the previous week, either at the John Deere tournament or the Scottish Open.

The world’s No. 1 golfer is the favorite again. Spaniard Jon Rahm will take his hot streak (and his victory in the last major, the U.S. Open), into Royal St. Georges as a 12-1 favorite at William Hill. But with 156 golfers, anything can happen—and usually does.

This field is strong and includes:

Earn up to $1,000 in Free Bets at WilliamHill.com! Place straight, parlay and teaser wagers for points towards a free bet. Maximum Bonus $1,000. Minimum Odds -200. 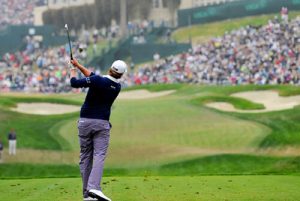 Louis Oosthuizen, who finished second at both the PGA and the U.S. Open, is 30-1. And defending champion Shane Lowry is 45-1.

Justin Thomas hasn’t been on top of his game recently at the majors, but look to him to bounce back in a big way. Paul Casey has been lurking in the last couple of majors, and he’d love to win the Claret Cup in his home country. Casey clocks in at 40-1.

Lee Westwood has resurrected his career lately, and like Casey, would love to win in his homeland at 50-1. The irascible Bubba Watson has also been playing better lately, and clocks in at 125-1. And Rickie Fowler, one of the golfers who expressed displeasure at the Covid restrictions at Royal St. George, could turn that fire into victory at 65-1.

For those who yearn for the good old days, two-time Open champ Padraig Harrington is 250-1, while 2021 PGA champion Phil Mickelson is only 55-1.

Prop bets aren’t posted until the week of the tournament, so it’s hard to project who’s a good value. But as far as a “missing-the-cut” bet, Bryson DeChambeau might be a good choice with the right odds.

DeChambeau can certainly blast the ball—he’s the tour leader in long drives averaging over 320 yards. But he also leads in missing the fairway, with only a 55 percent accuracy rate. If you stray far from the fairway at any Open Championship, you pay the price.

Look for the interesting prop bets in next week’s edition of iGamingPlayer.

Overview of the Open Championship 2021