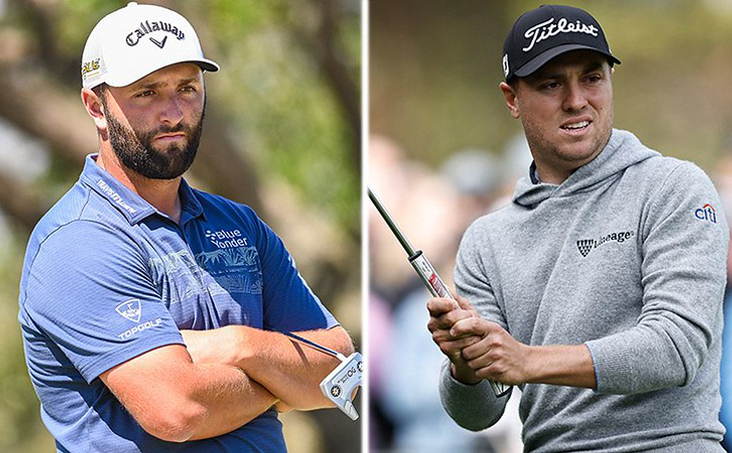 Jon Rahm and Justin Thomas are the favorites to win this year’s Masters Tournament, but there are other players to back—and some to fade.

Jon Rahm and Justin Thomas are the top picks to win the 2022 Masters Tournament, which begins April 7 at Augusta National Golf Course. But there are plenty of other golfers to look at in the men’s first major championship of the year.

Rahm, who was the No. 1 player in the Official World Golf Rankings before being overtaken by Scottie Scheffler, is the favorite at +1100 at BetMGM, while Thomas is right behind at +1200. 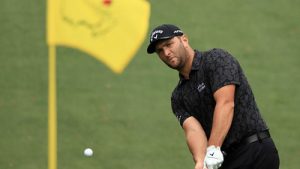 Rahm’s recent performance at Augusta make his odds logical. In his last four appearances, he has finished fourth, tied for ninth, tied for seventh, and tied for fifth.

We take a look at other golfers—including you-know-who—to either back or fade at the Masters.

Turn big plays into paydays at BetMGM! Simply sign up, make a deposit and place your first wager. If the bet loses, you’ll receive the amount of your wager back in free bets, up to $1,000.

Koepka has a strong record at Augusta National, and more importantly, has a game that’s suited to this course. His short game is solid, as is his iron play. And he thrives on difficult layouts.

“You’ve really got to have a good short game number one, but number two you’ve got to understand where to hit it and where to miss it,” Koepka said Monday.

In his last two appearances, Koepka finished tied seventh (2019) and tied second (2021). Last year’s Top 10 was impressive because he was in so much pain. Now pain-free, he may be wearing a green jacket on Sunday.

Scheffler’s been the hottest player on the PGA Tour this year. He won victories at the Arnold Palmer Invitational, the Phoenix Open, and the World Golf Championships Match Play.

The only concern is his lack of experience at Augusta. Scheffler has only played the Masters once, finishing a respectable tied for 19th. His game should overcome any lack of rounds at this tournament, and he’s a solid bet at 16 times your money.

If you’re looking at a longshot to take a flyer on, Will Zalatoris might be your man. Most of the time, first-time entrants to the Masters struggle as they learn the nuances of Augusta National. Not Zalatoris. He finished second last year, shooting four rounds under par, including a 68.

This year, the 25-year-old has had three Top 10 finishes, including a second at the Farmers Insurance Open.

Sign up as a new player at Caesars Sportsbook, then place your first wager of $20 or more on any event. You’ll get a $200 Free Bet, win or lose!

Want to know how to bet on golf? Click here for the basics, from iGamingPlayer. 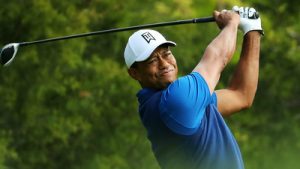 There’s nothing I’d like more than to see Tiger Woods contend in another major championship. And if he’s going to win one, it would be at Augusta National.

Unfortunately, Tiger’s game just isn’t there. He hasn’t played since his February 2021 car accident. The public wants to see him win, and has bet him down from an opening +8000 to +5000. As much as we all want another feel-good story—like 2019, when he won the Masters for the fifth time—it’s not going to happen. 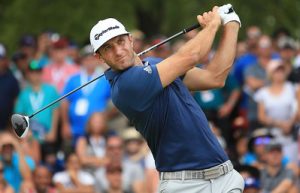 Dustin Johnson, the 2020 Masters winner, had a rough defense of his title, missing the cut after shooting 74-75. So which golfer will we see: the one who mastered Augusta National two years ago, or the one who couldn’t make it past Friday?

At +1600, I’m not sure I want to take that gamble. Especially considering Johnson’s play so far this season. He has played just five events since the start of the year, and had one Top 10 finish in a stroke-play event. His other results were T25, missed cut, and T39. Johnson did finish fourth in the Match Play event, but that doesn’t carry much weight. 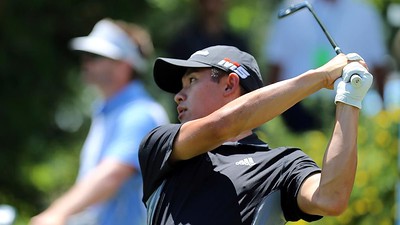 Twenty-five-year-old Collin Morikawa made his debut at the Masters in 2020 and finished tied for 44th. Last year he was tied for 19th, so the improvement is there.

Morikawa has won two previous major championships, but I just don’t think his game is where it needs to be at this time.

Want to know more about betting on golf? Click here for the basics, from iGamingPlayer.