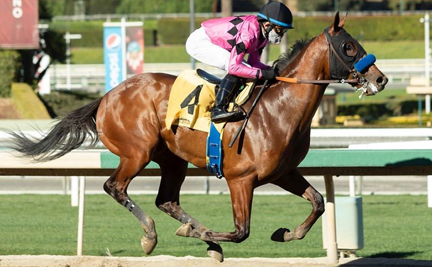 The Rebel Stakes, a Kentucky Derby prep coming to Oaklawn Park on Saturday, is shaping up to be another high-stakes poker game between trainers Bob Baffert and Brad Cox. Here's why.

The $1 million Rebel Stakes (G2), a Kentucky Derby prep race coming to Oaklawn Park on Saturday, March 13, is shaping up to be another high-stakes poker game between trainers Bob Baffert and Brad Cox.

The 1 1/16-mile Rebel is this weekend’s lone Kentucky Derby prep. It comes with 50-20-10-5 Derby points awaiting its Top 4 finishers. It’s a virtual “win-and-you’re-in” prep for the May 1 Run for the Roses, and the last 85-point prep. Going forward, the points double.

As the marquee race on Oaklawn’s five-stakes Saturday card, the Rebel (post time is 6:16 p.m. ET) doubles as the chief prep for the April 10 Arkansas Derby (G1). But the race doesn’t need Grade 1 status to claim Derby prep bona fides. In 2015, this was American Pharoah’s 3-year-old debut race, and his springboard to becoming the first horse in 37 years to claim the Triple Crown.

The Road from Oaklawn to Churchill Downs 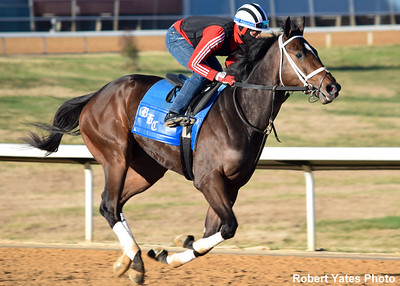 At this point, everything about the 2021 Rebel comes together. Remember our Baffert-Cox poker game, where the country’s dominant trainer (Baffert) takes on the up-and-coming hotshot (Cox)? This is where Cox, the Eclipse Award-winning trainer, opens with Caddo River, the 2-1 second favorite.

Last time out, Caddo River won Oaklawn’s Rebel prep—the Smarty Jones (LS). And he did so convincingly, destroying his competitors by 10¼ lengths.

The undefeated Hard Spun progeny won his two races by a combined 19½ lengths, and registered a career-best 92 Beyer Speed Figure in his Smarty Jones victory. He starts on the rail, which should be no issue for a front-running colt known for his quick starts and Oaklawn familiarity.

That came without Derby points, because the San Vicente wasn’t a Derby prep. So the Rebel is Concert Tour’s first points race. But Baffert, who won seven Rebels between 2010 and 2020, has Concert Tour wired for the contest.

One thing that makes Baffert North America’s preeminent trainer is his attention to detail. He sets up his deep bench of 3-year-olds with the concept of not just keeping them separate as much as possible, but putting them in comfortable situations. Baffert is watching every time one of his sophomore horses tries two turns for the first time. These are bellwether races for him, his horses, and their owners.

“The timing was right for this race,” Baffert said of Concert Tour at the Rebel. “I’m taking sort of the same path with him that I took for Nadal (last year). He’ll go two turns and have one more prep. This leaves us options in case something goes wrong. … Oaklawn is an easy ship, a two-and-a-half-hour plane ride. It’s real easy to get there and run.”

That’s why Baffert ships Hozier (20-1), who isn’t one of his A-listers. Hozier, too, needs a two-turn test, and an allowance race didn’t fill this field.

“We’ll find out if he fits,” Baffert said.

Race to claim this new player bonus! When you sign up to wager at TwinSpires.com, you earn a $200 cash bonus.

Is This Horse a Derby Prep Spoiler?

One horse who definitely fits in this Kentucky Derby prep is Keepmeinmind, the 6-1 third-favorite who attempts to crash the Caddo River-Concert Tour poker game. Conditioned by Robertino Diodoro, Keepmeinmind originally was targeted for the Southwest Stakes (G3).

But when that race was postponed twice due to ice storms in Arkansas, Diodoro called an audible. He scratched Keepmeinmind from the February 27 Southwest in favor of the Rebel. That allowed the luxury of sneaking in two more Oaklawn workouts. And that, in turn, sharpened the Kentucky Jockey Club winner, who finished second to Essential Quality in both the Breeders’ Futurity (G1) and the Breeders’ Cup Juvenile (G1).

“Those two weeks back training, having a couple of works in him, really seemed to do him a lot of good,” said jockey David Cohen, who returns to Keepmeinmind’s irons. Keepmeinmind’s rider for his first two races, Cohen rode Dreamer’s Disease in the Breeders’ Cup Juvenile.

“I did have the choice,” Cohen said. “I have amnesia when it came to that, really. We worked them against each other a couple of times and this guy (Keepmeinmind) couldn’t keep up with the other one. The other one was outworking him. Worked them both, rode them both.”

In This Derby Prep, A Winning Field

Lending more stakes to an already high-stakes Kentucky Derby prep is the fact each horse in the Rebel field either won or finished second in their previous race. Caddo River, Concert Tour, Hozier, Keepmeinmind, Southern California shipper Get Her Number and even 50-1 shot Twilight Blue all come in off victories. Big Lake, Super Stock and Nova Rags all completed the exacta their last starts.

Elsewhere on the card, 2020 Champion Sprinter Whitmore, the 8-year-old gelding who stole the Breeders’ Cup Sprint at 18-1, opens his season in the $200,000 Hot Springs (LS). Whitmore won this race the last four years.

Preps are tops at iGamingPlayer. Check in weekly to read Dawn Harris’ analysis of Kentucky Derby prep races, leading to the Run for the Roses on May 1!