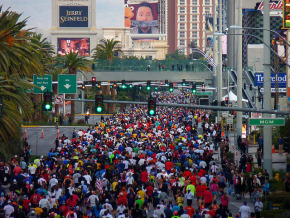 Las Vegas welcomed a record number of tourists in 2016 and the amount of money they spent also set a new record.

Additionally, more than 14 percent of those visitors were convention attendees, an increase of 7 percent over 2015.

The information is included in a report recently delivered to the board of the Las Vegas Convention and Visitors Authority.

It also found that one in four people in Southern Nevada are directly employed in the tourism industry with total wages and salaries of $11 billion, or 26.2 percent of the $41.9 billion earned by Southern Nevadans across all industries.

However, the report warns that the region’s economy still lacks diversity.

“And that’s not because businesses are not moving here. In reality, the tourism industry continues to expand at such a clip that it’s hard for other industries to compete,” said Applied Analysis principal Jeremy Aguero.