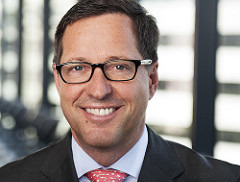 Bill Miller, a Capitol Hill insider with two decades of lobbying experience, is the front-runner to succeed Geoff Freeman as president and CEO of the American Gaming Association, according to confidential sources cited by CDC Gaming Reports. The position has been vacant since the end of June.

Miller is currently senior vice president for government relations at Business Roundtable. He has been the primary liaison between the association of CEOs of leading U.S. companies to Capitol Hill and the White House since 2012. He also was senior vice president and national political director of the U.S. Chamber of Commerce for nearly 13 years, where he implemented lobbying campaigns for the business community.

Miller, an attorney, also served as chief of staff to former Republican Congresswoman Constance Morella of Maryland from 1994 to 1999. Morella was a conservative Republican.

According to the report, AGA’s board of directors is expected to vote on Miller’s appointment this week. The AGA declined to comment to CDC Gaming Reports. GGB News has learned that the choice has been made, but final contract negotiations are still continuing.

Miller would be the third person to head the AGA since its founding in 1995. Freeman replaced original CEO Frank Fahrenkopf when he retired in 2013.