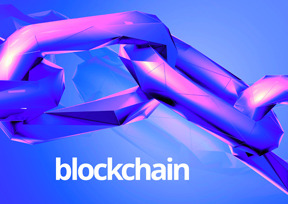 As eSports continues to grow at a phenomenal rate, a Wall Street research firm is predicting that blockchain technology and cryptocurrencies could bring competitive video gaming into the mainstream.

Macquarie Research predicts that the global eSports market could grow from $892 million in 2016 to $5 billion by 2020. Total viewership would increase from 365 million to nearly 500 million over that same period, according to a report in Forbes magazine.

While eSport is still growing, the report concludes that a gradual adoption of blockchain and cryptocurrencies into the industry could provide a boost by enabling more secure betting and exchange of digital goods, as well as the ability to offer cryptocurrency incentives to gamers and fans, the report said.

“While we are still early in the cycle, we believe that blockchain integration could strengthen the broader eSports communities and further enhance the professionalization of the industry as it continues to evolve,” wrote Jiang Zhang, a Macquarie analyst and lead author of the report.

“In our view, having a cryptocurrency that is built on the back of blockchain can provide a universal method of payment for both the developers and the gamers, and can address the higher fees associated with third-party payment platforms,” the report said.

The report said blockchain can also help the industry with consistency in the payment network, custody of digital assets and overall platform security. The report predicts that major video game publishers will develop in-game cryptocurrencies to help build trust and loyalty and also to reward fans.

The report also looked at Blockchain’s implications for gambling. The global e-Sports betting market is estimated to reach $750 million to $1 billion in revenue and $15 billion to $20 billion in total handle by 2020, the Forbes report said. Blockchain could help shore up transparency and integrity in betting networks, the report said.

“We believe that embedding blockchain technology could provide greater transparency as the smart contracts are on an open ledger where identities are concealed and the terms are well understood by all parties involved, the report said.

In a similar story, Paul Polterauer, CEO and co-founder of Herocoin, said Blockchain technology still needs more time to evolve in order to meet the needs of the online gaming industry while speaking at the 10th iGaming Asia Congress.

However, as the technology evolves, it could become very useful to online gambling sites, again by providing stable and transparent betting platforms.

“Blockchain is at the beginning now,” Polterauer said. “As the technology matures in the next years, the use of blockchain in the gaming sector will increase.”