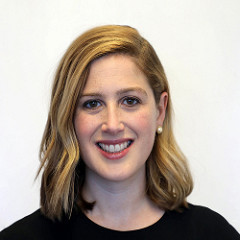 A prominent analyst with Height Capital Markets is predicting that the U.S. Congress is “unlikely” to pass legislation to impose federal regulation of legalized sports betting at any time soon.

Height Capital analyst Stefanie Miller wrote that the trend of states enacting individual regulatory regimes for sport betting will continue for the foreseeable future. “We continue to expect a number of state legislature will reconvene in early 2019 and begin enacting their own sports betting regimes,” Miller wrote in a report cited by Seeking Alpha.com.

Miller predicts that 18 states will have legalized, state-regulated sports betting by the time the 2019 NFL season begins in under a year. This, she said, is likely to slow the push by some in the U.S. Congress to impose a federal regulatory structure, or to push for a restoration of the pre-2011 interpretation of the Federal Wire Act to ban interstate transmission of sports-betting transactions and information.

The American Gaming Association has been at the forefront of fighting federal oversight of sports betting, typically citing the fact that the states have successfully regulated the gaming industry for decades.

“Just as Congress has refrained from regulating lotteries, slot machines, table games and other gambling products, it should leave sports betting oversight to the states and tribes that are closest to the market,” Sara Slane, the AGA’s senior vice president of public affairs, said in prepared remarks before a meeting of the U.S. House Subcommittee on Crime, Terrorism, Homeland Security and Investigations on legalized sports betting.

One major conservative political action committee agrees. According to Legal Sports Report, the American Conservative Union, which stages the annual Conservative Political Action Conference (CPAC), is one of six advocacy groups that sent letters to Congress last week urging lawmakers to back off federal regulation of sports betting.

According to the letter, 90 percent of CPAC attendees favor leaving sports betting regulation to the states.

“While we appreciate the work the subcommittee is undertaking and feel it is important to hear the perspective of individuals with expertise in this area, we hope that members of Congress look to what the courts have said on this issue and allow states to be the arbiters on the question of sports betting,” the ACU letter said.