HomeThe ShuffleReport: Discussions Underway to Include eSports in 2024 Olympics

Report: Discussions Underway to Include eSports in 2024 Olympics 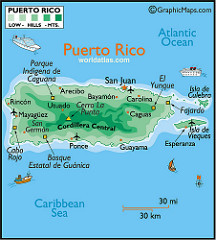 According to various reports, Leopold Chung, secretary general of the International eSports Federation, has disclosed that his group is in “deep in talks” with organizers of the 2024 Paris Olympics about including eSports as a demonstration event at the games.

Esports were recognized in November as competitive sports by the International Olympic Committee, which opened the door for its inclusion at the Olympics and other international sporting events. ESports has already been made a demonstration sport in this year’s Jakarta Asian games and will become a medal event at the 2022 Asian Games Hangzhou, China.

“It won’t be possible to be an official discipline, but to be a demonstration title within the Paris Olympics. The local Olympic organizing committee and the city are supporting this movement, so this will be a stronger message towards the IOC that eSports could be included as a demonstration title in 2024,” Chung said according to a report at europeangaming.eu.

“Paris would one day like to become an eSports hub for Europe,” he said. “There are great engagement numbers, great fan numbers who live in France and especially in Paris, who would definitely want to come to an eSports game.”

In another story, the second annual Casino eSports Conference will be held in September at the Luxor Hotel in Las Vegas.

According to a press release from organizer’s the event will be held September 5-6 and be titled “For the New Age of Gaming.” The conference will connect the casino world to eSports players, marketers, developers, products, services, event providers, lawyers and educators.

The event is also for gaming establishments looking not only to incorporate eSports gaming but iGaming and skill-based gaming, according to Ben Fox, a producer of GAC Events, subsidiary of New Jersey-based Fox Marketing of which he is a partner.