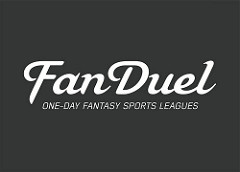 Special purpose acquisition companies are basically management teams that raise money from the public markets, with the promise of then buying one or more companies, according to the report.

Reverse mergers are seen as a simpler and less expensive way for a private company to go public. The process takes less time than a conventional IPO and the private company does not need to raise capital. They are also less contingent on market conditions.

Platinum Eagle raised $300 million earlier this year and currently trades on NASDAQ, according to Axios.

The report did not say how much Platinum Eagle would pay for FanDuel or the percentage of ownership it is seeking to acquire. In 2017, FanDuel estimated its values at $1.2 billion during a planned merger with DraftKings. The merger was blocked by regulators.

The failure of the merger has reportedly hurt FanDuel’s efforts in attracting new investors. Axios quoted one source as saying to consider the Platinum Eagle deal more as a fundraiser for FanDuel than as an exit for FanDuel investors.

In another daily fantasy sports matter, the Pennsylvania Gaming Control Board has announced that it will begin accepting applications for fantasy sports operators this week. Applications can be made through the Board’s website at gamingcontrolboard.pa.gov.

Pennsylvania passed a DFS law late last year. The bill sets a $50,000 fee for a five-year license and taxes gross revenue at 15 percent.