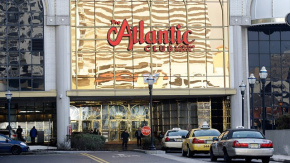 Dale Schooley, director of acquisitions for Florida-based TJM Properties which owns the Boardwalk property said the company has a contract with a group and is waiting for “hard money” for the deal. He did not name the company, the Press reported.

Schooley did say a number of potential buyers have been interested in the property.

Atlantic City Mayor Don Guardian also told the paper that he has talked with to two developers who interested in the property, but again did not name them.

Florida-based TJM purchased the Atlantic Club from an affiliate of Caesars Entertainment Corp. in May 2014 for $13.5 million. In April, a deal by a local development group to buy the closed casino and redevelop it as a water park and family resort fell through.

In January 2016, another potential deal failed when TJM Properties asked Pennsylvania firm Endeavor Property Group to close on the casino, which has stood dormant since January 2014. Endeavor said it needed more time to secure financing, according to the Press.

In another Atlantic City story, it was reported this week that the resort has exceeded its limit of borrowing due to declining property values. The drop is due to a payment in lieu of taxes plan enacted by the state for the city’s casinos.

The plan essentially removed the casinos more than $3 billion in value from the city’s bond limit calculations, according to the Press. The state’s local bond law provides that a municipality’s net debt cannot exceed 3.5 percent of the equalized assessed valuation of its property-tax base, subject to certain exceptions and conditions.

The state, which oversees the city’s finances, recently approved bonding more than $148 million to pay off casino tax appeals, putting the city over the bonding limit, the report said.