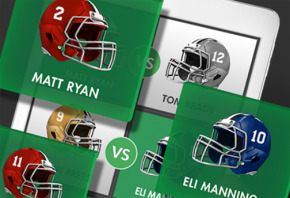 Over/under is a wager where the house, FastPick.com, predicts a number for a statistic (fantasy points) in a game, and users can bet on whether the actual number in the game will be higher or lower than the predicted number.

Here’s how it works:

Cleo’s Wish is a Cleopatra-themed five-reel online slot with rewarding symbols and bonus features, including Sands of Fortune and Cleo’s Parade Free Games.

Rawhide, a popular game in the land-based casino, is a five-reel, 30-line old west-themed slot. The game features a fugitive, marshals, wagons, cowgirls and more.

Keep up with the latest promotions, bonuses and events at ResortsCasino.com and other online gambling sites at iGamingPlayer.com’s Promotions page.