Revel: Sale or No Sale? 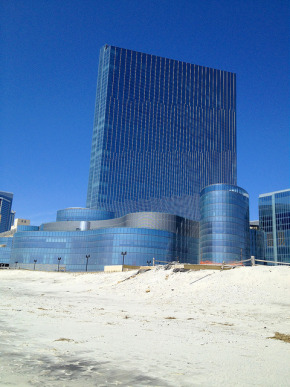 Multiple sources told GGB magazine (iGP’s parent company) that the sale of the former Revel in Atlantic City was imminent and that only the fine print needed to be worked out. The same sources said that the resignation of Sands Bethlehem President Mark Juliano was directly related to the sale, and he would be brought in to run the property.

The name the buyer was being withheld, but it is not a major casino company and is more likely an investment bank or hedge fund. Revel was built by Morgan Stanley at a cost of $2 billion and it closed less than two years after opening when it became clear that it was a money pit. Reasons for the failure were many, but a onerous energy payment from a plant not owned by Revel, but specifically built by Revel was a major problem.

After the property closed in 2014, it languished for a year until Florida developer Glenn Straub bought it for $82 million in bankruptcy court, with high hopes to reopen the facility. But Straub has refused to file for a casino license, contending he is simply planning to lease the casino out to a third party to run. Straub, however, wants a cut of any casino revenue brought in, and also is ignoring New Jersey gaming law that stipulates owners of properties where casinos are located are required to obtain a casino license.

The recent sale rumor came on the heels of a report in early July that a mysterious New York private equity firm, Digital Launch, had made a $220 million offer on the property, a claim that Straub denied.

He recently admitted that he would be willing to sell Revel (which he now calls “Ten,” a resort that never opened).

While research about the identity a Revel buyer has been elusive, Juliano’s participation is solid, according to sources. Juliano is former head of Caesars Atlantic City and Trump Taj Mahal, and is a former president of the Atlantic City Visitor and Convention Authority. He has vast experience in the industry, with additional roles at Caesars Palace in Las Vegas, and Marina Bay Sands in Singapore.